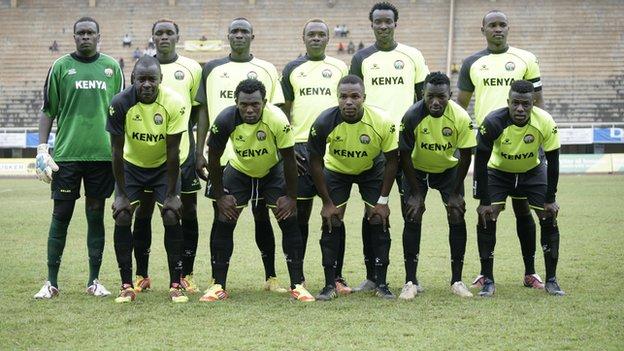 Kenya beat guest team Malawi 1-0 to secure a place in the semi-final of the Cecafa Senior Challenge Cup in Uganda.

Veteran striker Mike Baraza scored the only goal of the game 12 minutes after half-time.

The Harambee Stars will play Zanzibar in Thursday's semi-finals of the east and central African regional event.

Hosts and defending champions Uganda booked their place in the last four with a 2-0 win over Ethiopia in their quarter-final tie.

A goal in each half by Vietnam-based Geoffrey Kizito and Robert Ssentongo sent the Ethiopians packing.

The Cranes, who are yet to concede a single goal at the tournament, will take on Tanzania in Thursday's other semi-final.

"We are very happy to make it to the last four and hope we shall continue with the winning mentality," said Uganda Cranes coach Bobby Williamson who has won the regional trophy three times since taking over four years ago.