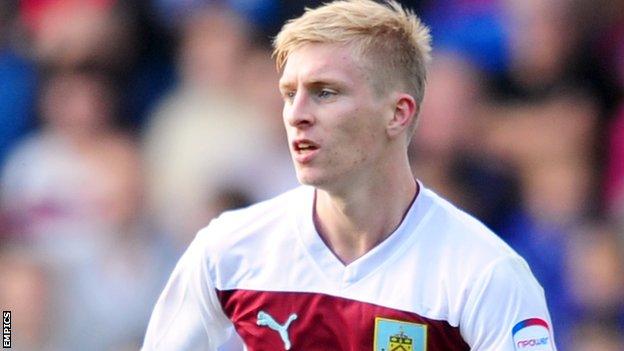 Burnley will be without defender Ben Mee for several weeks after he suffered a knee injury in Sunday's east Lancashire derby against Blackburn.

Mee, 23, played the full 90 minutes despite straining his medial ligament.

"It's a blow for Ben and we will have to give the knee a chance to settle down and then fully assess the injury," boss Sean Dyche told the club website.

Former Manchester City youngster Mee joined Burnley, initially on loan, in the summer of 2011 and

He has featured 16 times for the Clarets this season, scoring once against Millwall in September.