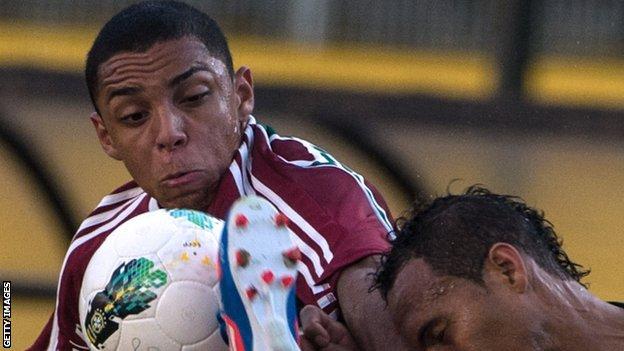 Chelsea have agreed a deal to sign Brazilian teenager Wallace during the January transfer window.

The attacking right-back, 18, will remain with current club Fluminense until the end of the season.

The transfer fee has not been revealed.

Wallace made his debut for the Rio de Janeiro side aged 17 and has played 18 times for their first team.

Speaking to the BBC at the end of last month, Wallace revealed several Italian clubs had shown interest in him but added "it was the name Chelsea that attracted me".

He helped Brazil win the South American Under-17 Championship in 2011 before contributing to their fourth-placed finish at the Under-17 World Cup in Mexico three months later.

The European champions reportedly acquired a 40% stake in Wallace as part of the deal that took Brazil-born Portugal midfielder Deco from Chelsea to Fluminense two years ago.