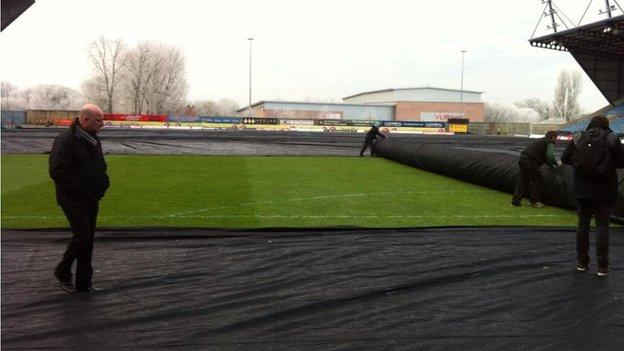 The FA Cup second-round replay between Oxford United and Accrington Stanley has been postponed because of a frozen pitch.

The original game ended 3-3 with Michael Raynes's injury-time equaliser rescuing a replay for the U's after Lee Molyneux fired home a 20-yard free-kick in the 90th minute.

The replay has been rearranged and will now be played on Tuesday, 18 December.

The winners of the match host Sheffield United in round three.