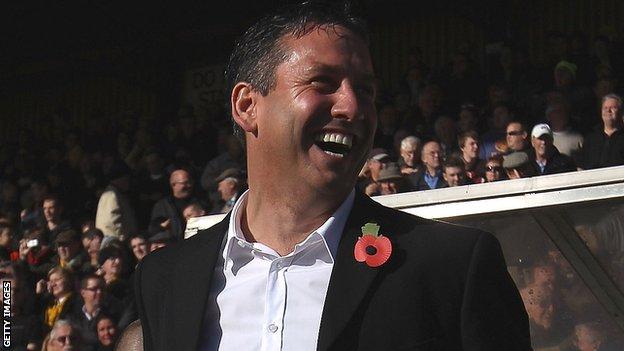 The Sandgrounders go into Saturday's home game with bottom club Braintree two points above the drop zone, while a win could put them into the top half.

"You get two back-to-back victories and you go from down the bottom to challenging for the play-offs," Watson told BBC Radio Merseyside.

"What it tells you is most of the teams are all of a similar quality."

Watson guided Southport to seventh position in 2011-12 but they have this season and they lie 19th after 20 matches.

They are yet to register successive wins in the league this season, but after a on Saturday, Watson hopes that will change when his side play at home for the first time since 6 November.

"If you look at our fixtures, recently we've been to Dartford, Mansfield, Stockport and Stafford in the FA Trophy. It's a big ask to keep going away from home and producing performances.

"All we can do is try our best and hopefully that will be good enough."