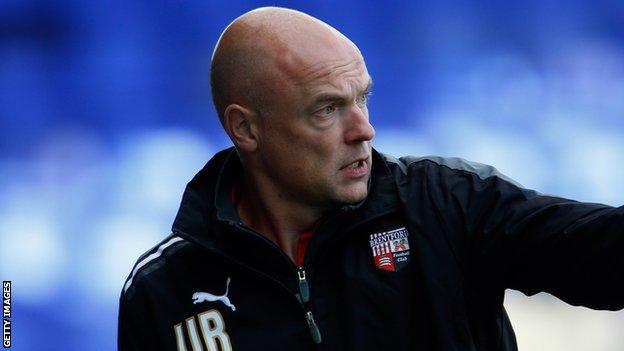 Brentford manager Uwe Rosler says he is proud of his players despite their Johnstone's Paint Trophy defeat by Southend United.

The Bees had their nine-match unbeaten run ended by the 2-1 loss.

Rosler told BBC London 94.9: "I'm proud of the team we put out and how well we played. We played an unusual formation caused by the injuries we have.

"The players performed very well and it is testament to the form we are in. The young lads who came in did very well."

"Some players are on their way to getting better but were not well enough to participate in the game," Rosler added.

"My players have surprised me so many times in the last weeks when we are down to the bare bones.

"It is also testament to our academy and development coaches who, when we are in this situation, are giving me players who have held their ground."