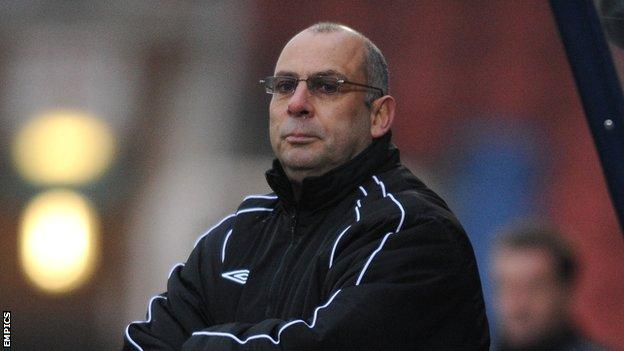 Woking boss Garry Hill is pleased with how his side responded to their 7-0 defeat by Hyde.

He told BBC Surrey: "What was important to us was the performance.

"We let ourselves down on Saturday in a big way. It was not a very enjoyable weekend for the players and staff and especially the supporters."

You look at how many goals we have conceded and you think 'how can they do that?'

He added: "They [the fans] travel up and down the country, get behind the team and spend a lot of money. We short-changed them big time.

"When you get beaten as heavily as we did it probably shocks everybody up and down the country.

"With the performance against Lincoln, we looked a different side.

"You have to work hard and show a bit of desire. It gives us something to build on."

Considering that Woking have conceded the most goals in the division this season - 49 in 22 games - Hill was relieved to keep a clean sheet against Lincoln after letting in seven at Hyde.

"It's our first clean sheet in the league since August and we held our discipline and our shape," he continued.

"The biggest problem we have had this season has been our defending, no doubt about it.

"If you look at the league table it amazes you how many goals we have scored. They you look at how many we have conceded and you think 'how can they do that?'.

"It's lovely if you're a neutral paying spectator but if you're a manager it's hard work."