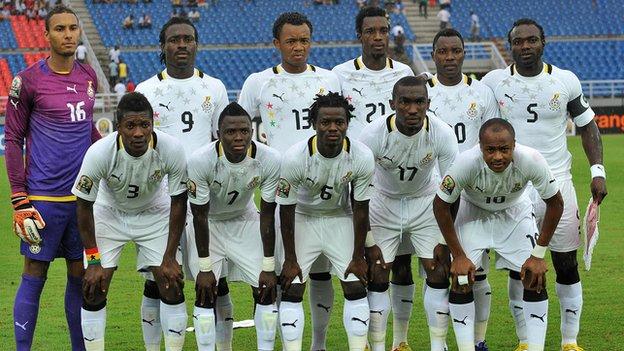 Ghana will play a friendly against seven-time African champions Egypt in Dubai on 10 January.

The match will be part of the Black Stars' preparations for the Africa Cup of Nations that begins on 19 January.

The Black Stars are already scheduled to play Tunisia three days later at the same venue.

"We have concluded an agreement to play another high-profile friendly as part of our preparations for the 2013 Africa Cup of Nations," GFA president Kwesi Nyantakyi said.

"We will play Egypt in Abu Dhabi on 10 January to give the Black Stars the tough test they need ahead of the Nations Cup.

"Egypt are one of Africa's giants in football and playing them will help the players and technical team prepare for the tournament.

"We want to leave no stone unturned in our preparation the matches against Tunisia and Egypt will help the Black Stars a lot."

Ghana will be camping in Abu Dhabi in preparation for the Nations Cup in South Africa.

The Black Stars begin their Group B campaign against DR Congo before taking on Mali and finally Niger, in Port Elizabeth.