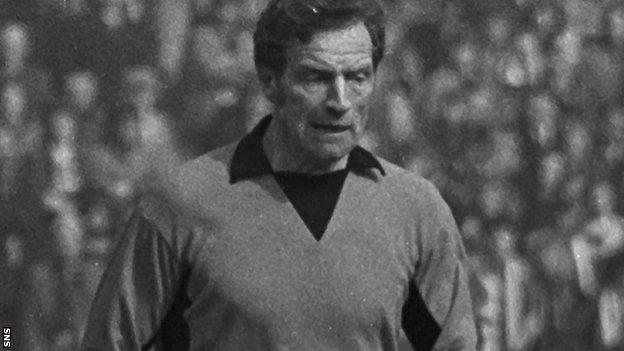 Smith, who signed for United from Aberdeen Lads Club in 1958, had an association with the Tannadice outfit that lasted more than 40 years.

In his 18-year playing career as a centre half, during which he turned out in 628 competitive matches, he was never once cautioned.

United's players will wear black armbands on Sunday in the Dundee derby at Dens Park.

One of Smith's greatest achievements was leading United to victory over Barcelona in season 1966/67.

United were victorious home and away and the reward for knocking out the Fairs Cup holders from Spain was a tie against top Italian side Juventus.

Smith's term at Tannadice came to an end in January 2002, when a new board took the reigns.

United are flying the flags at Tannadice at half mast as a mark of respect to a man who is regarded a club legend.