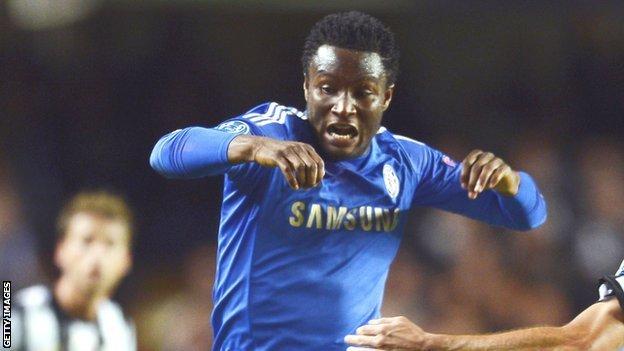 The 25-year-old arrived at Stamford Bridge in 2005 and was part of the team that won the Champions League in May.

The Nigeria international has made more than 20 starts for the Blues this season under Roberto Di Matteo and new manager Rafa Benitez.

"Chelsea seems like my home now because I have been here for over six years," Mikel told Chelsea's official website.

"I come into the training ground every day to work and I value my time there. I am happy and want to keep going and win trophies for this club."

Mikel was recently embroiled in the controversy about claims that referee Mark Clattenburg had used racial language to him - allegations subsequently dismissed by the Football Association, with the club subsequently saying they "regretted" their handling of the affair.

In addition to the Champions League, Mikel has helped Chelsea to one Premier League title, four FA Cups and the League Cup.

He has recently been nominated for the 2012 African Footballer of the Year.