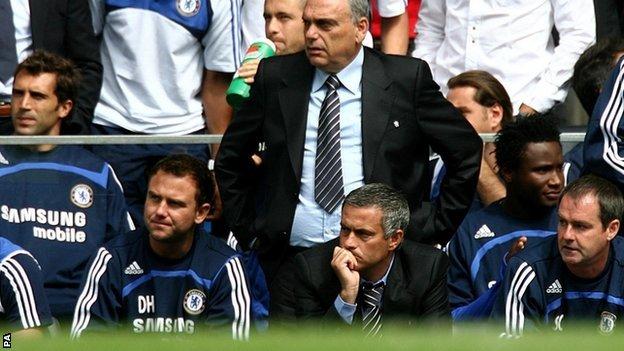 Benitez was jeered by many Chelsea fans on his home debut and the former Liverpool manager is yet to win a league game with the club.

"The most important thing for them is they have a manager who needs supporting," Grant told the BBC.

Despite Chelsea became the first defending Champions League winners to be eliminated in the group stages of the competition.

Having led the Premier League by four points in October, the Londoners now trail Manchester United by 10 points after a run of seven games without a win.

Grant, 57, believes the team's miserable form is a reason for the fans to get behind Benitez rather than agitate for another change

"What Rafa needs now is good victories and good football to convince the supporters that they need to support him," Grant added on BBC Radio 5 live.

"But I think more than this, that the club need to support him, and then it will be more easy for him because it is not an easy time for Chelsea - first time out of the Champions League next stage, and the gap between them and the first place in the league is huge, so I think he needs it."

A friend of Chelsea owner Roman Abramovich, Grant was appointed as director of football at Stamford Bridge in July 2007, having previously worked as technical director at Portsmouth.

Grant was installed as manager after Jose Mourinho's sacking less than three months later and took the team to the finals of the Champions League and League Cup and a second-placed finish in the Premier League.

His eight-month reign was ended in May 2008, although Grant claimed that he was offered his previous role as director of football before going on to be relegated as manager at Portsmouth and West Ham.

Grant is out of work after leaving Serbian side Partizan Belgrade in May, but insists that he has not been approached about a possible return to Stamford Bridge.

"It is not a secret that Abramovich and I have a private relationship, but nobody from Chelsea has offered me this job," he said, adding that he did not think that it was "the right idea for the moment" when asked about the possibility of working alongside Benitez.

Chelsea travel to Sunderland on Saturday in the league before departing for Japan to play in the World Club Cup.