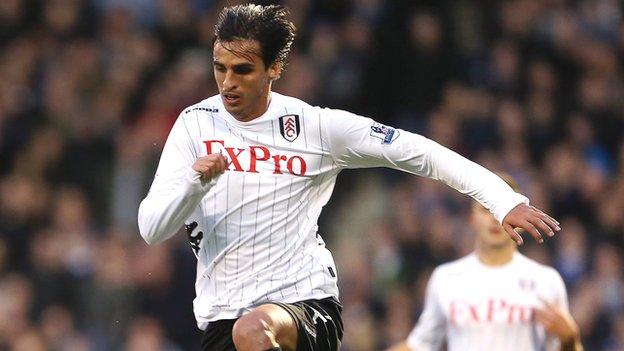 Fulham forward Bryan Ruiz will be sidelined for at least four more weeks because of a hamstring injury.

Manager Martin Jol confirmed that Ruiz, 27, has had a setback in his recovery from the injury, believed to have been suffered while playing for Costa Rica.

He has not played for Fulham since being substituted in the 3-1 defeat at home to Sunderland three weeks ago.

Ruiz had been expected to return against Newcastle on Monday but has now been ruled out until the new year.