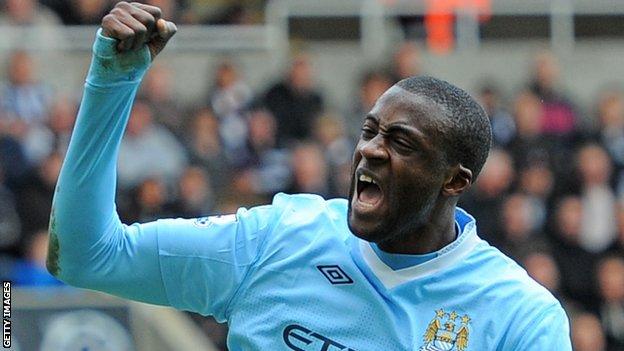 The Confederation of African Football has once again cut the shortlist for its Player of the Year award, naming the final three nominees.

The Ivory Coast duo of Yaya Toure, who won the accolade last year, and Didier Drogba are joined on the list by Cameroon's Alex Song.

The two players to miss out from the list of five announced on 23 November are Ghana's Andre 'Dede' Ayew and Senegal's Demba Ba.

Caf had initially named 34 players who they were considering for the award before cutting that down to 10 names.

The winners, which also include Coach of the Year and Club of the Year will be announced at a ceremony on 20 December in Accra.