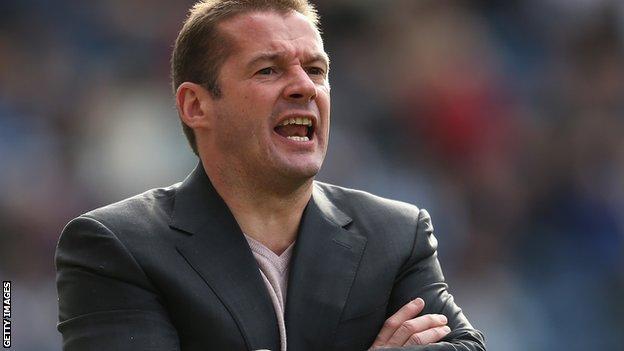 Preston manager Graham Westley is unhappy that their re-arranged match against Bury will clash with Mitchell Cole's funeral.

Cole, who played for Westley at Stevenage, will be buried on 17 December, the day before the new date.

The Johnstone's Paint Trophy northern section quarter-final was postponed on Tuesday owing to a waterlogged pitch.

"To be denied the opportunity to show our respect is a dreadful feeling," Westley told BBC Radio Lancashire.

Cole, who retired from the professional game last year because of a heart condition, died aged 27 last week.

Westley, along with his management team and some players, were expecting to attend the funeral and had asked Bury and the Football League to re-arrange the fixture on a date in the new year.

"The chairman spoke with Kevin Blackwell the other night to explain that the 18 December wasn't a date we wanted," Westley explained.

"Kevin understood that and we did agree on the night that the 8 January would be the date we went for.

"We spoke to Bury and the Football League, but our request has been disrespectfully declined.

"The game is going ahead despite that request which I feel very, very sour about.

"I think if it was at the top level we would be seeing a game being postponed and things being done in the right way."