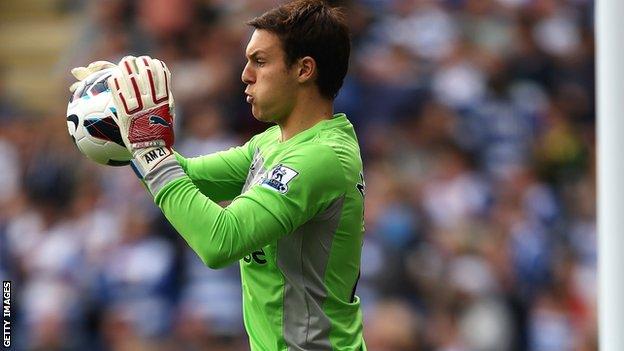 Reading goalkeeper Alex McCarthy faces an extended spell on the sidelines following an operation on his shoulder.

The 23-year-old suffered a labral tear at QPR last month and when the injury failed to respond to treatment, surgery was deemed necessary.

"We don't want to put a time frame on it except to say it will be a long time. A decent amount of time," Reading manager Brian McDermott said.

Adam Federici has deputised in goal since McCarthy's injury on 4 November.

McCarthy, the Reading trainee who spent last season on loan at Leeds and Ipswich, had replaced the Australian as the first-choice Royals keeper in mid-September.

In his first game back in the team, against Norwich, Federici kept Reading's only clean sheet of the season, but the 27-year-old conceded four goals in the opening 34 minutes against Manchester United last weekend as the Berkshire side remained one place off the bottom of the Premier League table.