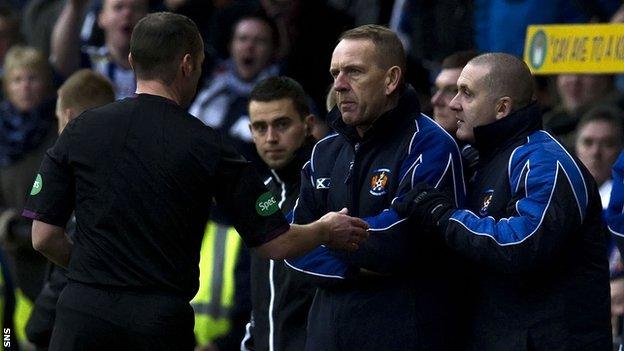 Kilmarnock manager Kenny Shiels may field Manuel Pascali against Celtic, despite the fact that the defender has not yet completed a suspension.

Pascali was given a two-match ban following a red card against St Johnstone on 24 November.

The Italian was dismissed early in that match and Killie have played once since facing Saints.

"According to my mathematics, Manuel Pascali has served two full games," said Shiels.

The Kilmarnock boss added: "He played for the first three minutes and got sent off against St Johnstone, which lasted 93 minutes.

"So, he has completed 90 minutes against St Johnstone and he missed last Saturday, so he will definitely be in the squad - if not starting.

"I think technically I'm right so I'll play him and then see where that takes us."

Shiels was served with two separate notices of complaint from the Scottish FA, with the second relating to his criticism of Stevie O'Reilly's decision to send off Pascali against St Johnstone.