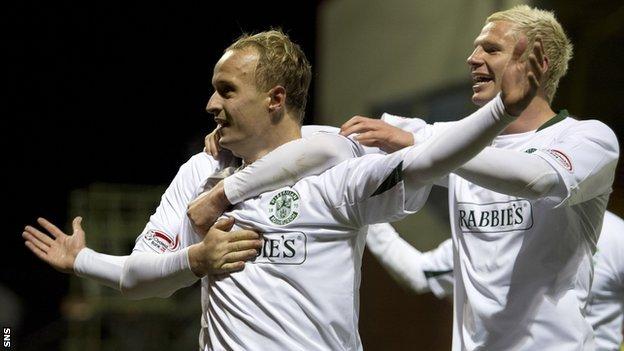 Both players are due to return to their clubs in January and Fenlon revealed Hibs are assessing other options should they fail to conclude any deals.

Meanwhile, Fenlon confirmed Hibs are yet to begin talks with David Wotherspoon over a new contract.

The 22-year-old's current deal will expire in the summer.

Griffiths, McGivern and Wotherspoon have all played an important part in Hibs' surge up the Scottish Premier League table.

Striker Griffiths is the league's top scorer with 13 goals and Wotherspoon netted the only goal in Sunday's 1-0 Scottish Cup defeat of Hearts.