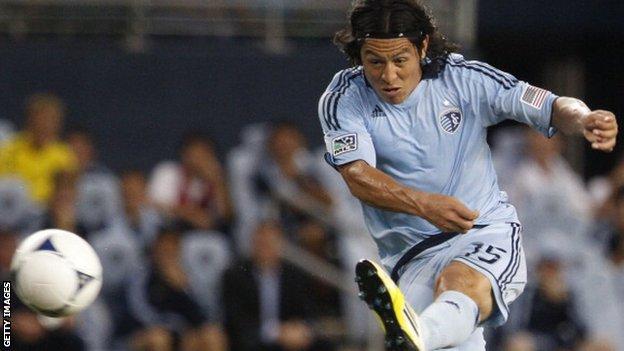 Wigan manager Robert Martinez has confirmed the club are hopeful of completing a deal for Sporting Kansas City's Roger Espinoza.

Espinoza, 26, can play in either defence or midfield and has long been linked with a move to the DW Stadium.

"We're looking forward to seeing if we can get that one done successfully. Until 1 January it's something we can't do any more than wait on."

Espinoza impressed at this summer's Olympics with Honduras, especially in the 3-2 quarter-final defeat by Brazil and his contract with the Major League Soccer club expires at the end of the month.

Martinez said: "There are a few steps - there is the work permit, there are certain aspects we need to fulfil in the paperwork - but Roger is a player that we've been following for a long, long time."