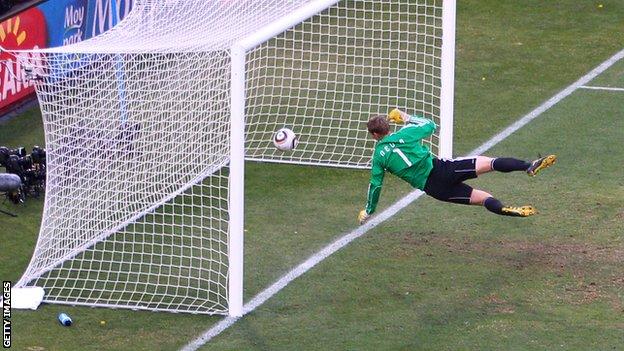 Goal-line technology was used by Fifa for the first time in the opening game of the Club World Cup on Thursday.

There was little opportunity to test its effectiveness as Japan's Sanfrecce Hiroshima beat part-timers Auckland City 1-0 in a game of few chances.

GoalRef, which uses a microchip coil in the ball, and Hawk-Eye, widely used in cricket and tennis, are the two systems being used during the tournament.

Chelsea join the competition at the semi-final stage next week.

Football's world governing body Fifa will receive analysis from the competing companies in January and then decide which system to use at the 2013 Confederations Cup in Brazil.

Chelsea qualified for the Club World Cup after winning the Champions League in May but were eliminated from European football's elite knockout competition in midweek.