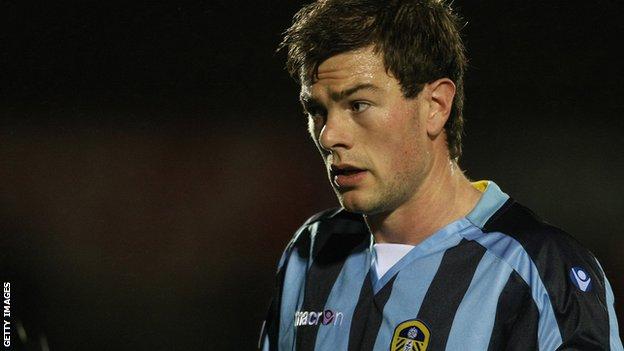 The 25-year-old has been a free agent since his release by Leeds in July.

Parker made 55 appearances in seven years at Elland Road after coming through the club's youth system, and also had loan spells at Bradford, Darlington and Carlisle.

His first Shakers appearance could come against Leyton Orient on Saturday.