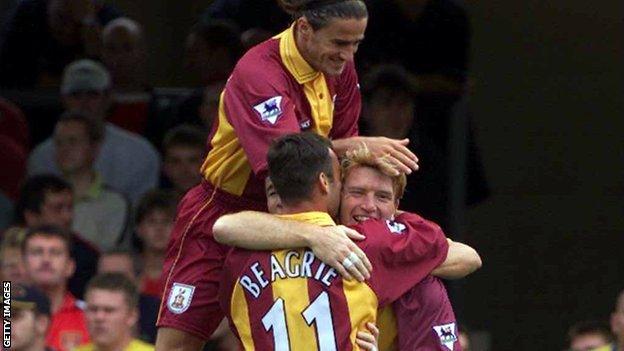 When Arsenal last visited Valley Parade to take on Bradford they arrived at the ground already wearing their kit because the "broom cupboard" changing rooms were deemed to be not big enough.

However, 12 years ago, when that match took place, the Bantams were not the lowly League Two side that the Gunners will face in Tuesday's Capital One Cup quarter-final, but a Premier League one, embarking on a second season in the top flight.

City, buoyed by a 2-0 victory over Chelsea in their opening home game of the 2000-01 campaign, earned a 1-1 draw with Arsenal on what Gunners centre-back Martin Keown remembered as a "frustrating afternoon" for the visitors.

The centre-back told BBC Sport: "The dressing room was inadequate because we had acquired a big staff over the previous few years to cope with our Champions League ambitions.

"We got changed at the hotel before travelling to the ground on the coach because the room was like a broom cupboard.

"With the introduction of all the physios and masseuses we had there was just not enough space for everyone and everything."

Bradford had summer signings Benito Carbone, Ashley Ward, Dan Petrescu and record £2.4m signing David Hopkin among their ranks, although it was club legend Stuart McCall who scored City's opener from the edge of the box in the 10th minute.

Arsenal drew level courtesy of the then 19-year-old Ashley Cole's first goal for the club.

Since that game, the fortunes of the two clubs have taken very different paths.

The Bantams, who were eventually relegated that season, have gone through 15 managers and gone down three times on the back of two spells in administration while the Gunners have won two Premier League titles and three FA Cups under Arsene Wenger.

Despite Bradford's League Two standing, Keown insists Wenger will not underestimate a City side which won its eighth successive penalty shoot-out to beat Wigan in the last round.

"Arsene never underestimates the opposition," stated the former England centre-back. "It is almost unthinkable that Arsenal will lose but Bradford are here on merit and they have home advantage.

"The stadium will be buzzing and they are in a no-lose situation. They should embrace the challenge."

Keown expects Wenger to continue playing the youngsters who have taken Arsenal to the last eight.

However, he added: "This tournament has given a clue in recent years to Arsenal going forward, but having not won a trophy since 2005 there will be more senior players on the bench than in the last round.

"In an ideal world you would stack the bench with experienced players but hope the youngsters can do it.

"That might provide an opportunity for Bradford but they should not underestimate Arsenal because some of those players have waited a long time since the last round to play again."

City have never progressed beyond the quarter-final of the League Cup, which they last reached 24 years ago, while Arsenal have won it twice in 1987 and 1993.

BBC Sport takes a look at what happened to the teams of 2000: 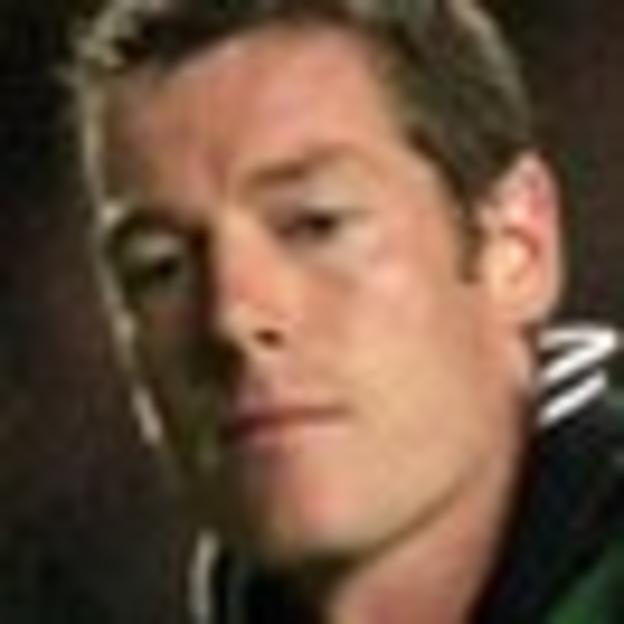 Matt Clarke: The goalkeeper was sold to Crystal Palace for £1.35m in September 2001 and retired in 2004 after his career was ended by injury. Conceded quickest Premier League goal in his final game for the Bantams - Ledley King scoring for Spurs after just 10 seconds in a 3-3 draw - but revered by City fans who thought he deserved an England call-up. 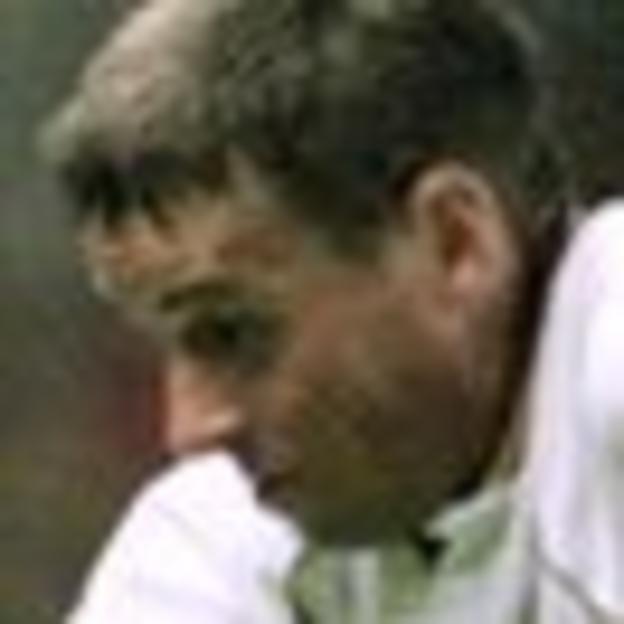 Ian Nolan: Like Clarke, brought in on a free from Sheffield Wednesday. The right-back joined at start of City's second season in the top flight and made 27 appearances in one season for the Bantams. Had a season at Wigan and Southport before retiring. 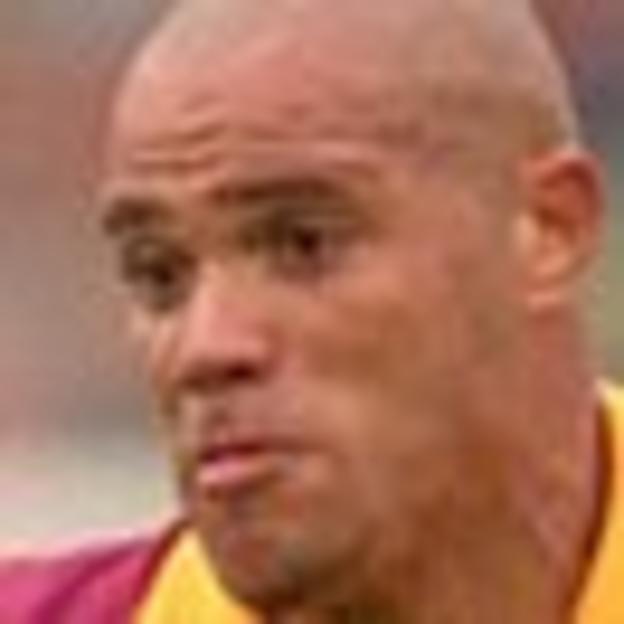 Andy Myers: Cost £800,000 from Chelsea in the summer of 1999 as City tried to bolster their defence for their debut season in the Premier League. Famously had an on-pitch dust-up with McCall during a 6-1 defeat at Leeds towards the end of 2000-01 season. Now assistant coach with Chelsea Under-21s. 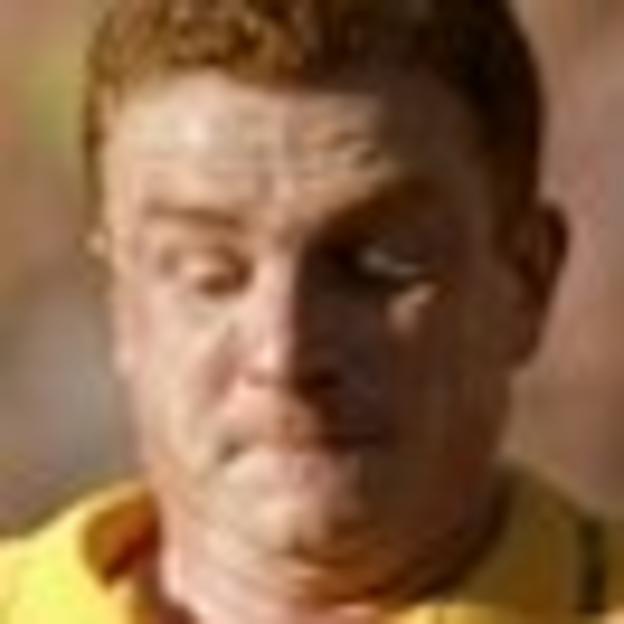 Wayne Jacobs: Hard-working left-back who came on as sub for Myers. Played more than 350 games from 1994-05. He has spent spells as caretaker manager and assistant manager before co-founding the One in Million charity which works in partnership with City and is due to open a free school near to the club in 2013. 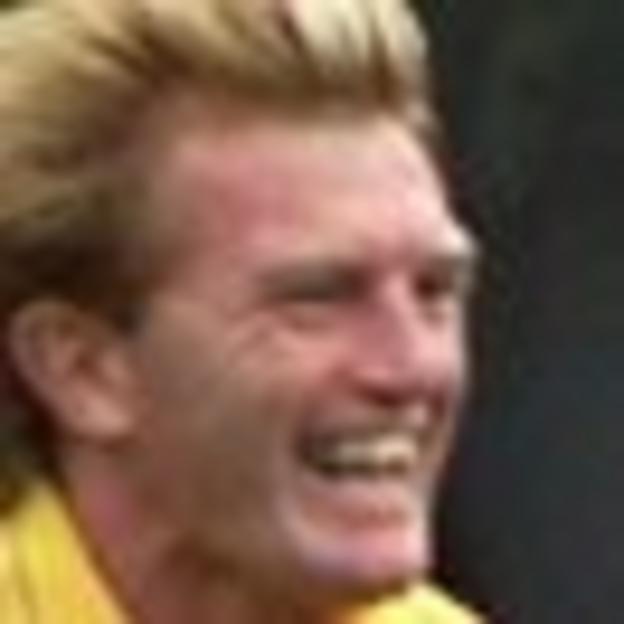 Stuart McCall: The midfielder began his career at Bradford in the early 1980s and returned to help win promotion to the Premier League. Went on to become caretaker manager later that season when Chris Hutchings was sacked. He returned again in 2007 as permanent boss but left by mutual consent in 2010. Now at Motherwell. 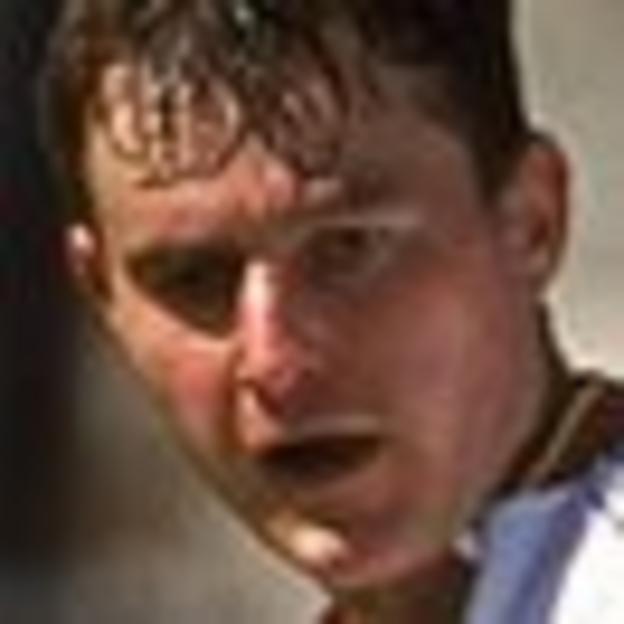 David Wetherall: Played every minute of every match in his first season with the club after then club record £1.4m move from Leeds. The centre-back scored the goal in a 1-0 win over Liverpool that kept City up in the previous season and stayed with the club through its demise, becoming caretaker boss in 2003 and 2007 before leaving in June 2011. Is now head of youth development at the Football League. 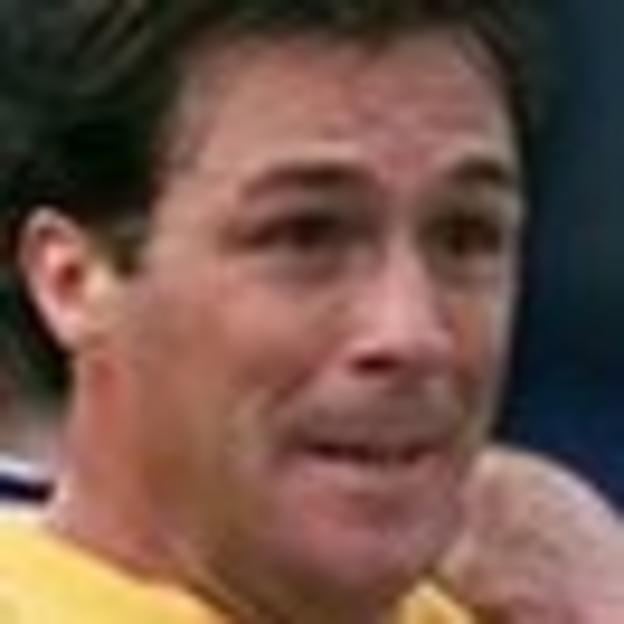 Ashley Ward: Bought for £1.5m in the summer from Blackburn but the striker scored just four Premier League goals for City. Left on a free transfer three years later to join Sheffield United. Retired in 2005 and runs a luxury property development company. 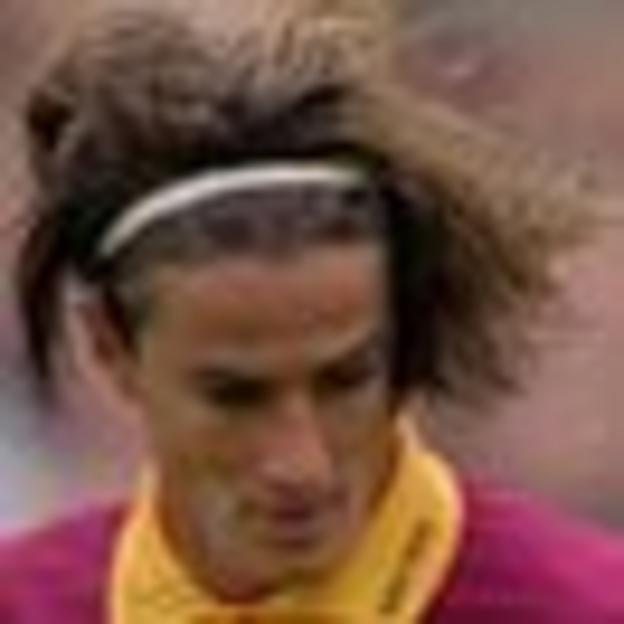 Benito Carbone: Regarded as one of the finest players ever to wear City's distinctive claret and amber shirts but the playmaker turned out to be a luxury the club could not afford. Joined on a free transfer in summer of 2000 on wages of £40,000-a-week which would eventually help cripple the club. With the club in administration he left in 2002 for Italian side Como. Appointed head coach of Serie B club Varese in June 2011 but lasted only four months before being sacked. 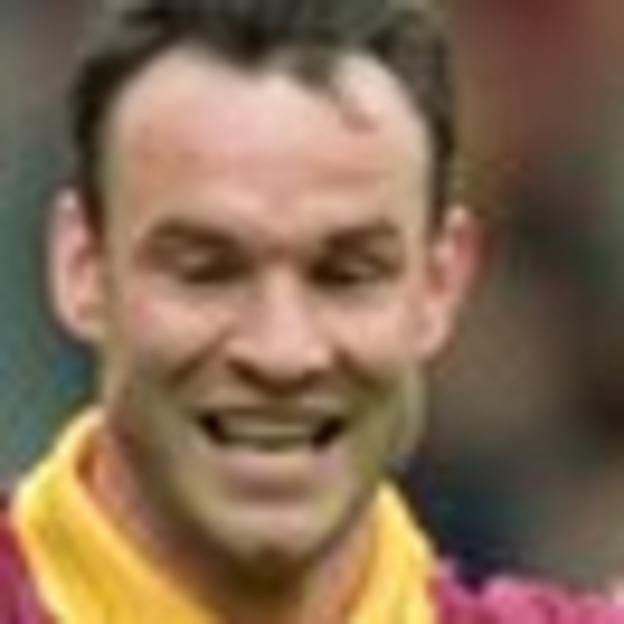 Peter Beagrie: Tricky winger who endeared himself to supporters with jinking runs and trademark somersault celebrations after every goal. Signed for £200,000, he made more than 150 appearances for City and left for Scunthorpe following relegation. Now works as a pundit on Sky Sports. 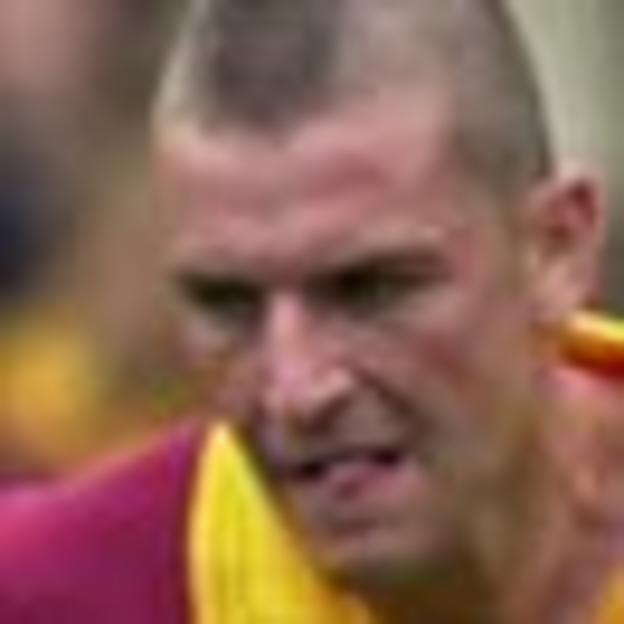 Lee Sharpe: (on as a substitute for Beagrie) Joined from local rivals Leeds for £200,000 in 1999 after a loan period in which he helped win promotion to top flight. Retired in 2004 after a spell with Garforth Town and appeared in numerous celebrity reality TV shows. Has also launched the Lee Sharpe Foundation. 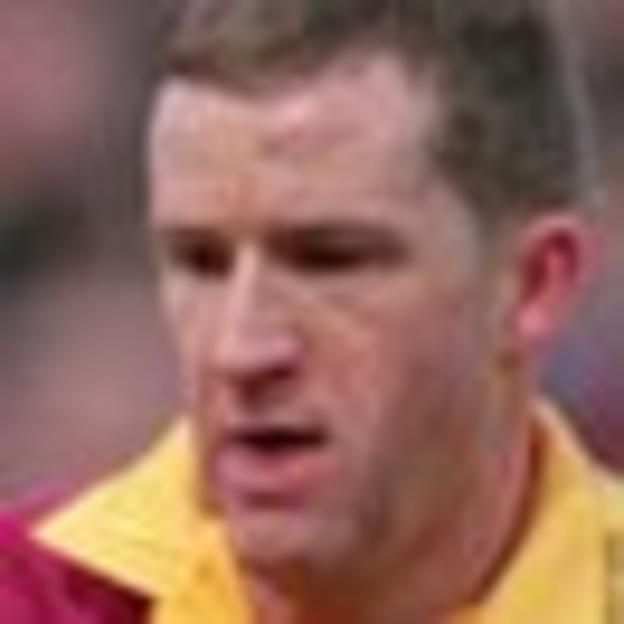 Peter Atherton: No-nonsense defender who joined on a free transfer in summer of 2000 and spent five years at the club, having a spell as caretaker manager in 2003 before moving to neighbours Halifax where he became assistant manager in 2007. 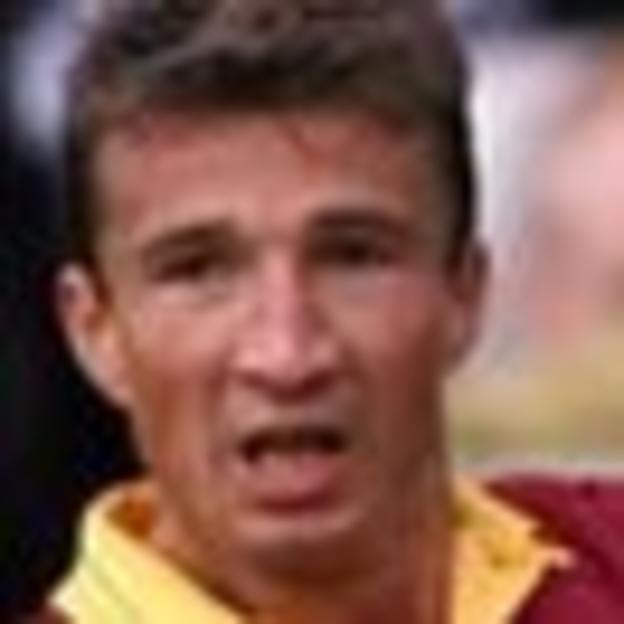 Dan Petrescu: Romania international bought from Chelsea for £1m in summer of 2000. Made just 20 appearances and was sold on to Southampton for a nominal fee in January 2001. Retired in 2003 and went into management with Rapid Bucharest and is now at Dynamo Moscow. 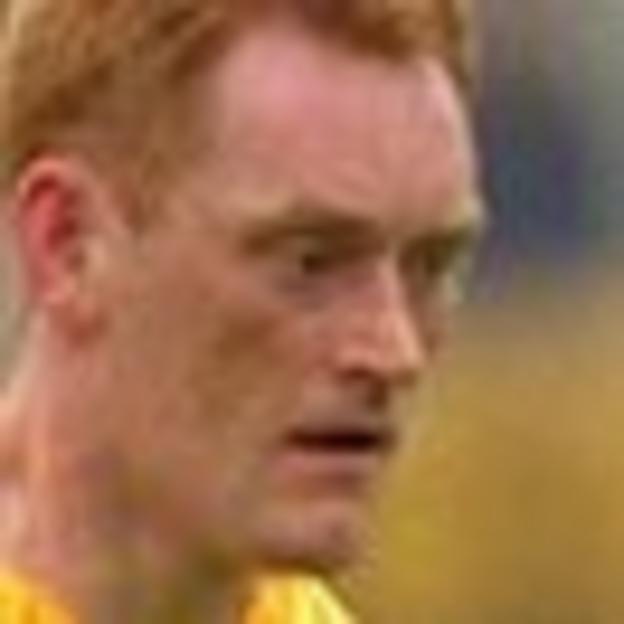 David Hopkin: Record signing Hopkin joined Bradford from Leeds in July 2000 for £2.4m. The midfielder played just 16 games before being sold to Crystal Palace for £1.5m. He returned to Morton, where he started his career, and is assistant reserve team manager. 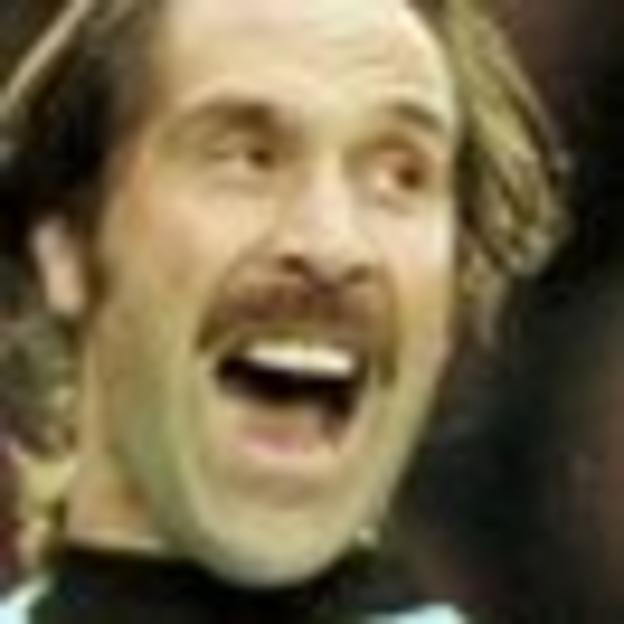 David Seaman: England's second-most capped goalkeeper spent 13 years at Arsenal before leaving to join Manchester City in 2003 and eventually retiring on 13 January, 2004 with recurrence of a shoulder injury. Came out of retirement in June 2012 to help coach Wembley FC. 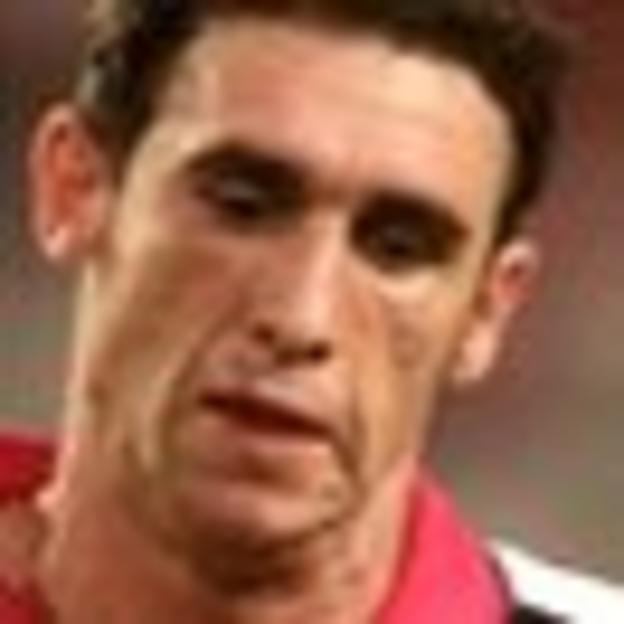 Martin Keown: England centre-back who made more than 400 appearances for the Gunners, winning nine major trophies. Retired in 2005 after a brief spell at Reading. Now a part-time scout and coach for Arsenal, he is also a pundit on Match of the Day. 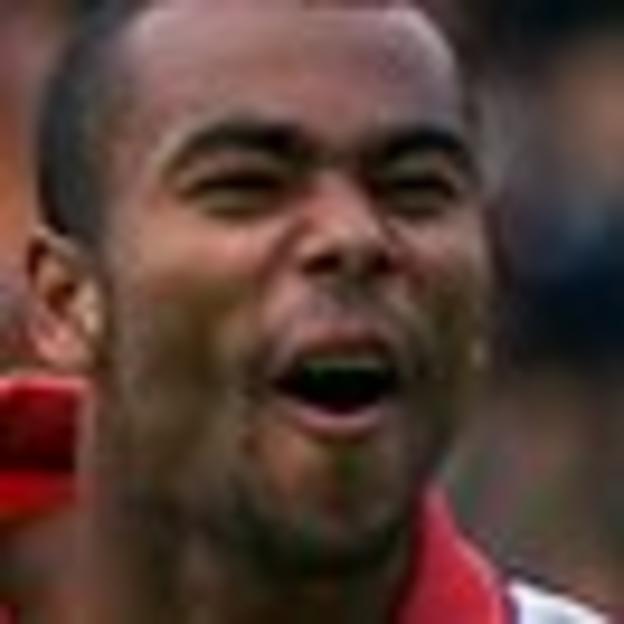 Ashley Cole: Was making just his second start as a 19-year-old and scored his first goal to earn Arsenal a deserved point in the game. Made a £5m move to Chelsea in August 2006 and is now one international cap shy of joining a select group of England players to have won 100. 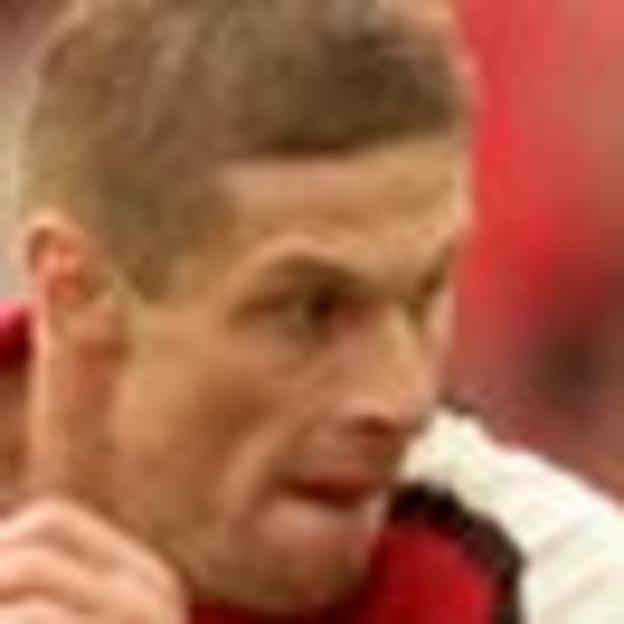 Oleg Luzhny: Tough tackling centre-back who spent four years at Arsenal before leaving for a season at Wolves in summer of 2003. Made eight appearances for USSR before its dissolution and then 52 for Ukraine. Moved into coaching in 2005 and is now in charge of Ukraine top flight side SC Tavriya Simferopol. 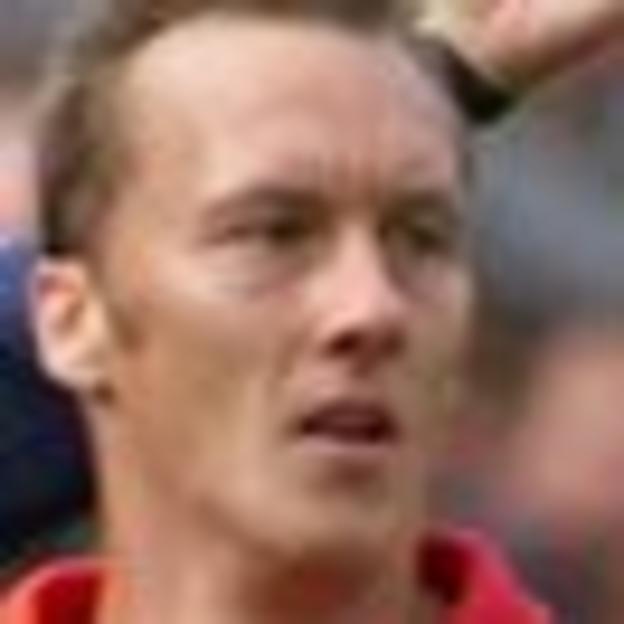 Lee Dixon: Spent 14 years as Arsenal's right back, making more than 600 appearances and winning four league titles, three FA Cups and a European Cup Winners' Cup. Retired in the summer of 2002 after winning the double and has since worked as a pundit on Match of the Day and Football Focus. Joined ITV Sport in July 2012. 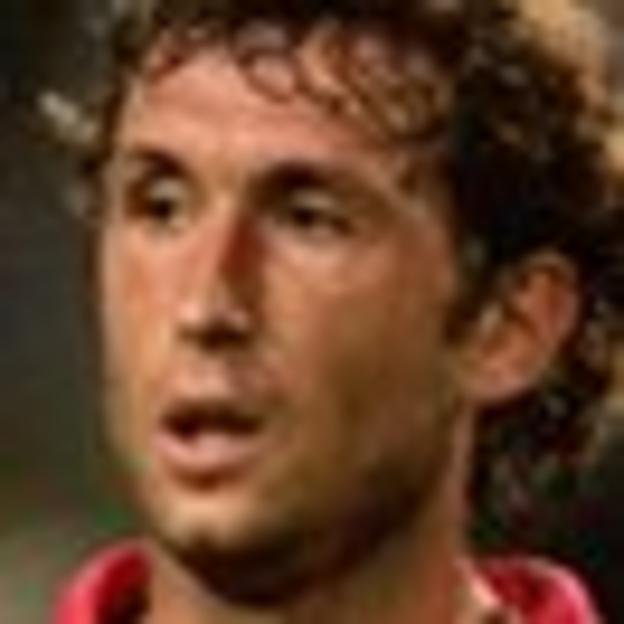 Gilles Grimandi: Followed manager Arsene Wenger to Arsenal from Monaco in 1997 and stayed for five seasons. The versatile Frenchman could play in defence or midfield. He joined Colorado Rapids, the Gunners' affiliate side in the United States, for the 2002-03 season but left before it started and is now a scout for the club in his homeland. 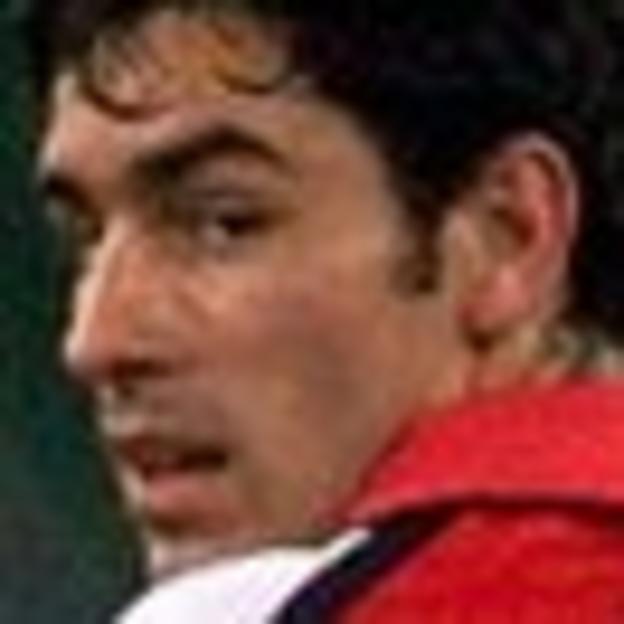 Robert Pires: The £6m summer signing from Marseille was playing in just his fifth Premier League game and he would go on to make 284 appearances for the Gunners before joining Villarreal on a free transfer in 2006. The attacking midfielder had a brief spell with Aston Villa but was released at the end of the 2010/11 season. Played one game for Hibernian in Sept 2011. 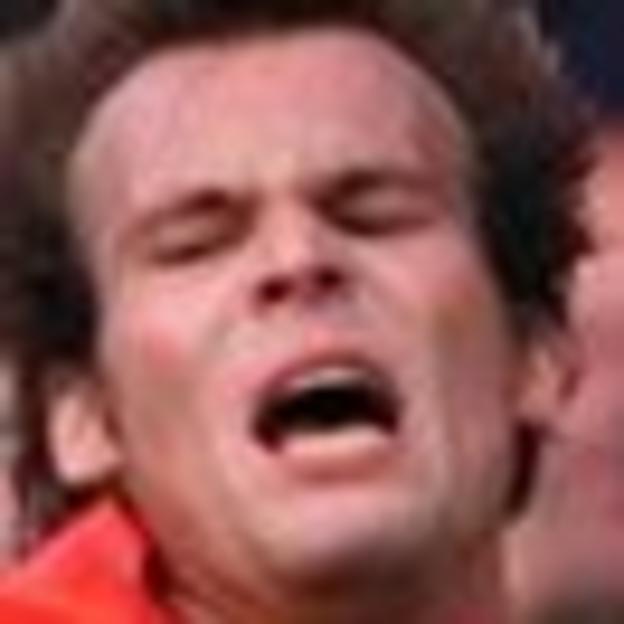 Freddie Ljungberg: The Swede spent 10 seasons at Arsenal, scoring 72 goals in 328 appearances. Left for West Ham for £3m in summer of 2007 for one year. Also played for Seattle, Chicago, Celtic and Japanese club Shimizu S-Pulse before retiring in the summer of 2012. He is a Premier League ambassador. 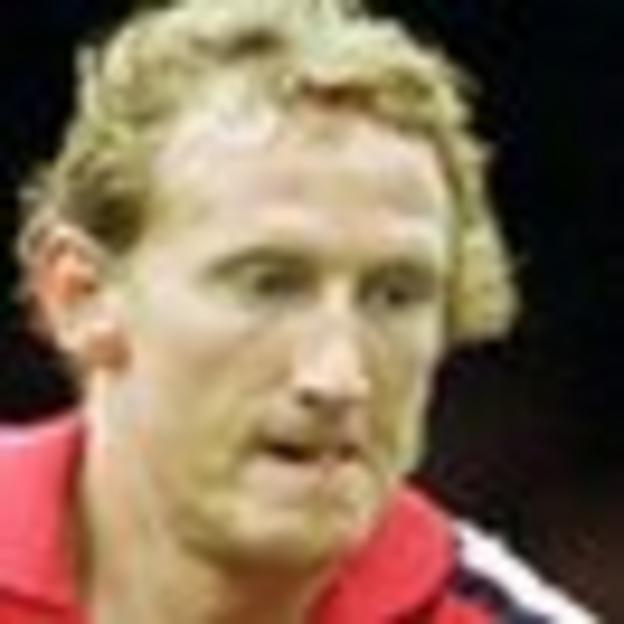 Ray Parlour: Came through the ranks at Arsenal and the man nicknamed the Romford Pele became a fans favourite at Arsenal. The midfielder played 466 games, winning three Premier League titles and four FA Cups before leaving for Middlesbrough at the end of the 2003/04 Invincibles season. Moved into punditry and is a regular on TalkSport. 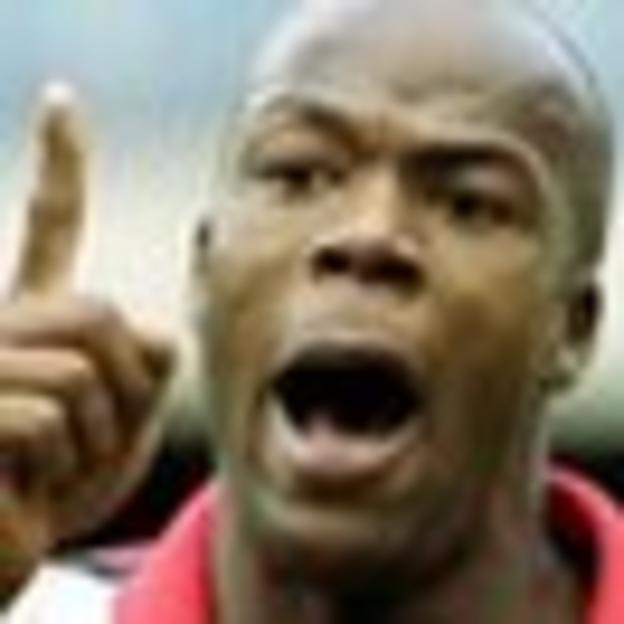 Sylvain Wiltord: The French striker joined in the summer of 2000 and was making his first start for Arsenal. Went on to make 175 appearances for the Gunners, scoring 49 goals. In 2004, he returned to France and played for Lyon, Rennes, Marseille, Metz and Nantes before retiring in summer of 2012. 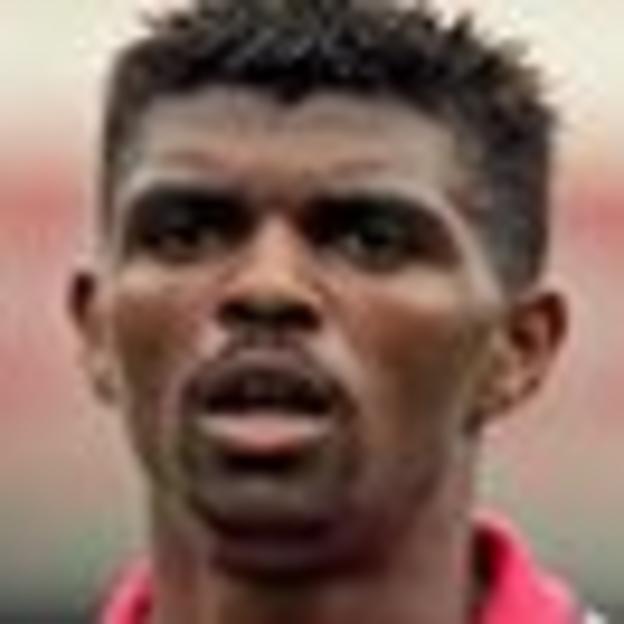 Kanu: (on as a substitute for Wiltord) Languid striker who scored 44 goals in 198 appearances. Moved to West Brom in 2004 before joining Portsmouth in 2006 - he left cash-strapped Pompey during the summer of 2012. 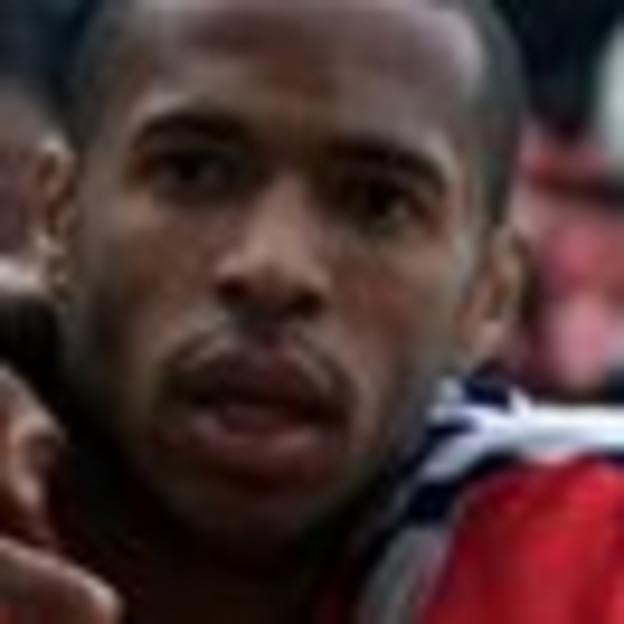 Thierry Henry: Arsenal's record goalscorer with 228. Left for Barcelona in 2007 and the 35-year-old is currently at New York Red Bulls but rumoured to be returning to the Gunners for a third stint in January after last season's successful loan spell.