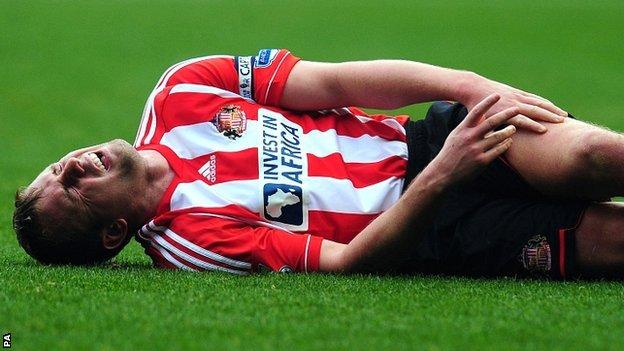 The 24-year-old was substituted .

Cattermole had been a surprise pick after injuring

Sunderland play 11 league games over the next two months, including facing Reading, Southampton and Wigan.

The Black Cats lie one point off the relegation zone after one win in their last nine league matches.