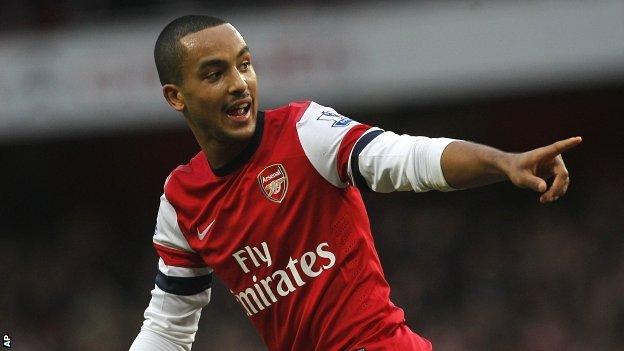 Arsenal boss Arsene Wenger says he is frustrated that Theo Walcott is stalling on a new deal and wants him to decide on his Arsenal future soon.

The striker is out of contract this summer and would be free to sign a pre-contract agreement with another club in the January transfer window.

The 23-year-old has scored 10 goals from 17 appearances and is the club's top scorer.

"He knows what I want and he has to make up his mind," Wenger said.

"We have not made any progress. I have no news, I am frustrated.

"We are in negotiations for a long, long time. We have not been late in re-negotiations with him. We always try to extend contracts very early."

Walcott rejected a five-year deal worth £75,000-a-week in August, and has indicated his future may rest on whether he plays in a striking role.

The 23-year-old has made just five starts, with seven substitute appearances, in 16 Premier League games this season.

Wenger said last month that the club don't want to sell Walcott in January even though it is a risk as he could leave for free in the summer.

He has scored 52 goals in 237 appearances and won 30 England caps during his time at the club.