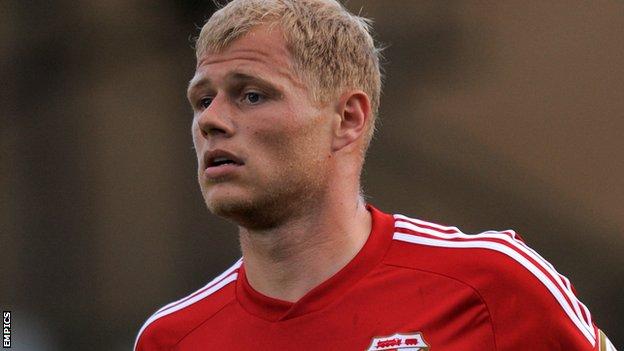 Jay McEveley has been ruled out for two months for Swindon Town after undergoing knee surgery.

The 27-year-old left-back joined the Robins on a two-year deal in the summer after a successful loan spell.

"He had a problem in the past and the knee was not very stable," manager Paolo Di Canio told BBC Wiltshire.

Unfortunately he's been the best player next to Darren Ward

"If we were selfish it would be enough to clean up and go forward one month out but it would probably not avoid the risk for the future."

Swindon are already without the suspended Alan McCormack and with Fede Bessone injured it leaves Di Canio with only Nathan Thompson as a recognised fit full-back.

The Robins boss believes McEveley's surgery means he will be less likely to suffer from knee problems in the future.

"With his operation now we'll have in the future less problems and less chance for him to be injured as easily," he added.

"Unfortunately he's been the best player next to Darren Ward. For six games in a row not only was he the best at tactical and technical qualities, physically he was in a fantastic moment."