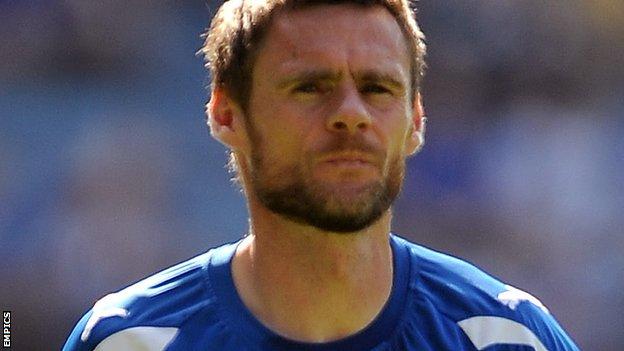 Graham Alexander believes Fleetwood Town is an ideal place to begin his managerial career and he is determined to continue the club's progression.

The former Scotland international, 41, was at Highbury on Thursday.

Alexander told BBC Radio Lancashire: "You have to take every opportunity that comes along and this was definitely worth going for.

"Hopefully I can prove myself right and the chairman [Andy Pilley] right."

Mellon, who guided the Cod Army into the Football League for the first time earlier this year, following Fleetwood's exit from the FA Cup at the hands of struggling Aldershot.

I want to be successful. There's no other way to approach professional football. You have to strive to succeed.

Former Burnley and Preston full-back Alexander played 1,024 professional matches and had been working as the head of youth at Deepdale since June.

He takes charge of his first game on Saturday against Southend, with Fleetwood lying seventh in League Two.

Alexander continued: "It's an opportunity that's come up and I'm sure there were lots of other people interested in it.

"I want to be successful. There's no other way to approach professional football. You have to strive to succeed. The club have been doing that for a few years now and hopefully I can take it forward."

Chris Lucketti, who played with and worked alongside Alexander at Preston, has followed his colleague to the Fylde coast.

"He's been fantastic for me in the last six months and I'm so glad Preston were gracious enough to give me permission to let me speak [with Fleetwood], and then to let me take Chris with me," Alexander added.