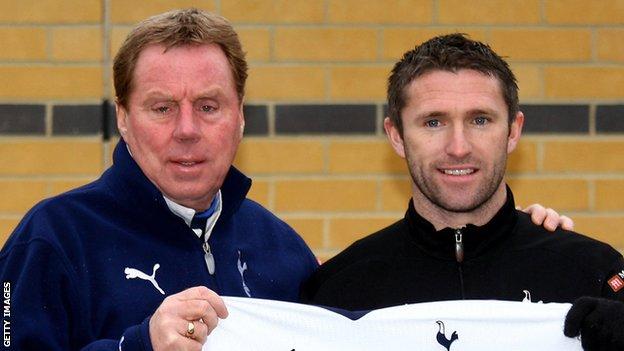 Redknapp, 65, will meet owner Tony Fernandes next week as he discusses how to improve the squad that is currently bottom of the table on six points.

"The MLS market is one that we've got to look at. Robbie's a good shout - he's a good pro," Redknapp said.

"He would be the ideal type to have around for sure because he would give us something. I haven't spoken to him yet, but he would be an interesting player."

Redknapp brought Keane back to Spurs from Liverpool for an initial £12m in February 2009, and the Irishman scored 15 goals in 52 appearances before he was allowed to join David Beckham at the Los Angeles Galaxy for an undisclosed fee in August 2011.

Keane - who scored 22 goals in the Galaxy's triumphant 2012-13 MLS campaign - also enjoyed a seven-game spell at Aston Villa during the last MLS off-season.