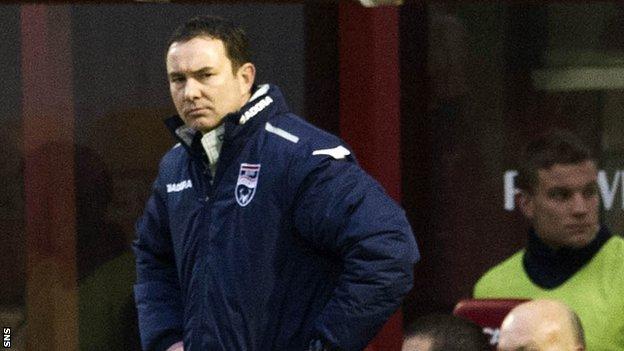 And Adams warned his players they will have to improve at the back in Tuesday's Scottish Cup replay against local rivals Inverness.

"The three goals were poor goals from our point of view," said Adams.

"We can't defend like that against a team as good as Motherwell.

"We didn't do well enough in the game to take the point, didn't defend well enough and allowed Motherwell to gather the win.

"We can't defend as kamikaze as we did. We're creating openings and were unfortunate not to have scored [late in the match]."

Rocco Quinn netted both of County's goals, opening the scoring before later levelling the match at 2-2 before Lasley settled the match.

And Adams feels it may take a "miracle" to progress in the cup this coming midweek.

"We've got a wee bit of naivety just now and the players have to respond to that," he added.

"We've got a difficult game come Tuesday night. If we play like that, we'll be out the cup."