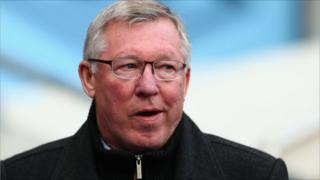 Sir Alex Ferguson is happy to win an "engrossing" Manchester derby after defeating arch-rivals Manchester City 3-2 at the Etihad Stadium.

The Manchester United manager says he thinks Wayne Rooney "will go on a run" of scoring goals after his first half double that sent the visitors into half-time with a 2-0 lead.