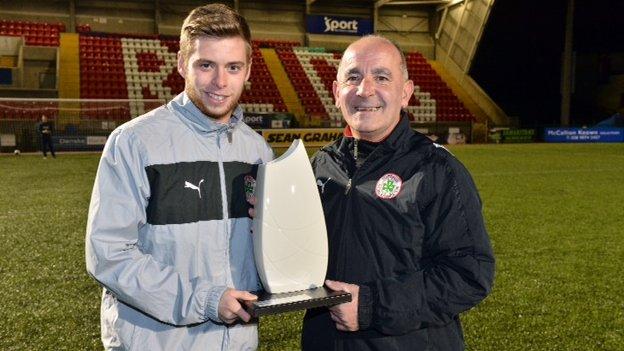 Cliftonville's James Knowles has made it a Solitude double by landing the November Northern Ireland Football Writers Player of the Month award.

With boss Tommy Breslin having already landed the managerial gong, midfielder Knowles was delighted to pick up the players equivalent.

"It's always nice to be picked out for recognition," said the Reds midfielder.

"Even more so when the entire team have been doing well," says the 21-year-old former Blackburn Rovers starlet.

Knowles netted in consecutive outings against Ballymena United and Lisburn Distillery during the month.

"We've had a very good spell and probably would have had a few players in the running for the award, so it's great for me personally that the Football Writers chose me and hopefully I can keep playing at a good level for the rest of the season."