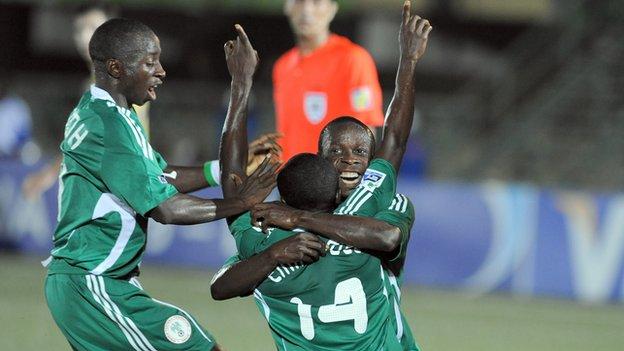 Nigeria and Ghana have been paired in the same group for the 2013 African Under-17 Championship, while the draw has also been made for the Under-20 tournament.

The Under-17 event will be held in Morocco from 13 to 27 April and the semi-finalists will represent Africa at the Under-17 World Cup in October.

Three-time winners Nigeria have missed the last two editions of the event but qualified in impressive style for this tournament, scoring 21 goals and conceding only one.

Ghana are also in the finals for the first time since 2007 and the fact they have been drawn against Nigeria adds extra spice to Group B, which also contains Ivory Coast and Congo

Hosts Morocco are in Group A alongside Gabon, Tunisia and Botswana.

In the Under-20 championship, which will be held in Algeria in March, defending champions Nigeria have been drawn in Group B, with Mali, Democratic Republic of Congo and Gabon.

The hosts will face Benin, Ghana and Egypt in the other group.

DR Congo have qualified for the tournament for the first time, while Gabon are making only their second appearance.

Nigeria are the defending champions.