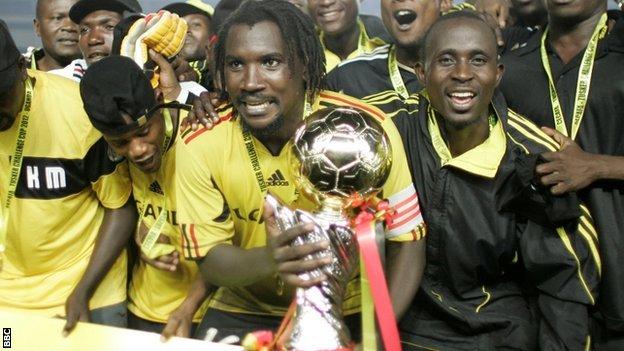 A 2-1 victory over arch-rivals Kenya in the final of the 36th edition of the regional event on Saturday meant Uganda retained their title.

And Williamson feels it was the perfect fillip after missing out on qualification for next year's Africa Cup of Nations in South Africa.

"After the disappointment of failing to make it to the Nations Cup, I am so happy because we used a different team, gave younger players a chance and we have retained the trophy," said Williamson.

The Scotland-born coach, who has seen his team come so close to qualifying for Africa Cup of Nations events on two occasions, is confident his younger players will benefit form their exposure in the Cecafa Cup and take on even greater challenges.

He pointed out Under-20 players like Geoffrey Kizito, Joseph Ochaya, Said Kyeyune, Nicholas Wadada and Joseph Mpande, who were part of the team and have been given experience they can take into other tournaments.

"This team has showed lots of composure and mental strength which gives me a lot to think about as we move forward for other tournaments," added Williamson.

The Cranes, who were in excellent form throughout the tournament and won all their games, while they conceded only one goal.

In the group stages they beat Kenya and Ethiopia 1-0, before humbling new comers South Sudan 3-0. In the quarter-finals they stopped the Nations Cup qualifiers Ethiopia 2-0 and then saw off Tanzania 3-0 in the semi-finals.

"This was a very good tournament because these young boys have showed that they can match the challenge of facing experienced teams," said Williamson, who has contract with the Uganda FA which runs for another three years.

"We qualified for the 2011 CHAN tournament in Sudan and we need to try to qualify again. The Cranes will face Tanzania next year in July in the first round tie of the CHAN qualifier.

Hassan Wasswa, who was captaining the team for the first time, was delighted with his side's achievement which has now seen Uganda win the regional trophy 13 times.

"Being captain of this team and winning the trophy feels good," he said.