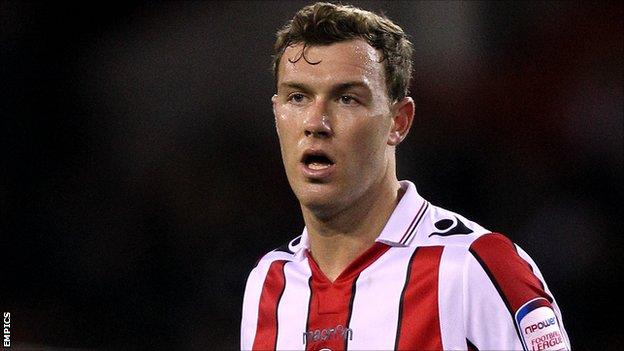 Sheffield United manager Danny Wilson says he is concerned by the potential extent of the injury to Kevin McDonald in Saturday's 3-1 win at Carlisle.

The 24-year-old midfielder injured his ankle before half-time and was withdrawn early in the second half despite treatment at the break.

"We don't know how bad it's going to be yet because of the swelling," Wilson told BBC Radio Sheffield.

"I'm hoping it won't be a long time, but it doesn't look too good."

McDonald, who joined the Blades from Burnley in August 2011, has been an ever-present in the league this season.

Victory for the Blades against a Cumbrians side with one league win in seven lifted them to within a point of leaders Tranmere, who they face at Bramall Lane next weekend.

"It was important for us to come away from home and get a maximum," Wilson said.

"We respect Carlisle but when we look at the form they're in, you want to dent their confidence a little more.

"Given the performances and the results they've had recently, it was important that we did get the three points. We did and we keep up pressure on the teams around us."