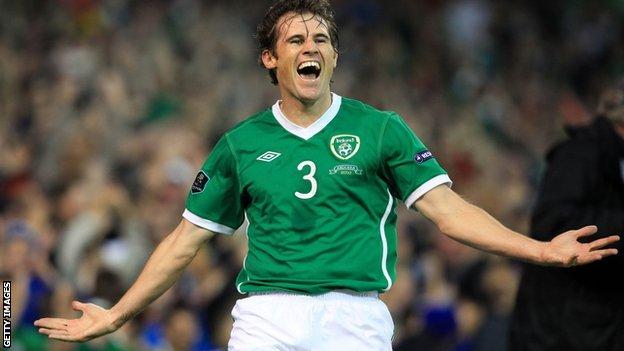 Former Republic of Ireland international Kevin Kilbane has said he will take some time away from football to think about his future career.

The Preston-born utility man told BBC Radio Lancashire: "I'm going to take a little time away from the game. I'm going to do a bit of media work.

"I've got a game with 5 live at Goodison on Sunday, Everton-Spurs."

The defender-midfielder added: "We will just see what happens. In the new year, I'll look and my options and see where I'm going to go from there."

Kilbane joined Coventry in July on a one-year deal after leaving Hull and was named captain in August. However he only made 12 appearances for the Sky Blues before retiring.

He said: "It's been in my mind for the last couple of months. It's a big decision. I've had so many memories and have so many things to cherish during my career - that's the only downside, that you're not going to carry on playing.

"It's the next chapter now I've got to look forward to.

"The ultimate highlight of my career was definitely playing in the World Cup in 2002, being part of that really good squad we had."

"He's been a great professional throughout his career," he told BBC Coventry & Warwickshire. "It happens to everybody. He's decided to close this chapter in his football career and his life and move on to pursue other avenues. I wish him all the best."