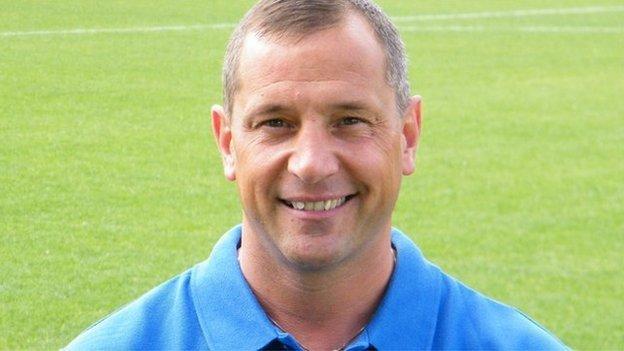 Lincoln boss David Holdsworth admits he has had a "horrible week" as he juggles their league campaign with the crucial FA Cup midweek replay with Mansfield.

City made eight changes for the 4-2 win at Dartford as they prepare for Wednesday's Cup tie, with the winners to host Liverpool in round three.

He told BBC Radio Lincolnshire: "I've got to do what's right for the club.

"It's been tough for me. It's been a horrible week, trying to do all the equations and get it right."

He continued: "We were without a few players so that makes it even more satisfying.

"We've got to protect the club. We've got to go fully loaded into the next game, which I think has grasped a lot of people. Managing that is quite tough. We've been focussed and I'm delighted with the performance.

"It's a big week. The emphasis before the game has been hard to manage for the players. I can sense it around the chairman and the board. Sometimes the hardest part is the mental focus and that's why it's such a good performance today."