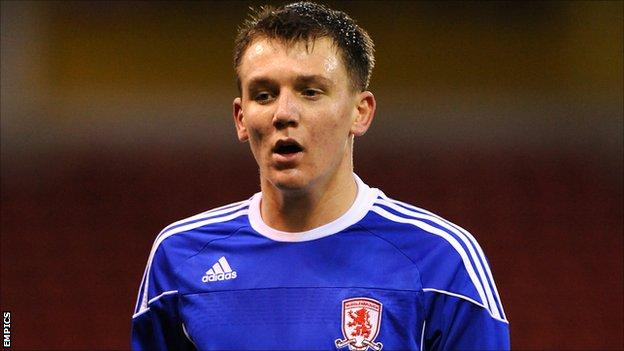 The 20-year-old impressed in his first start for the League One strugglers in the Saturday's 2-0 defeat by Stevenage.

"Charlie did a fantastic job for us, getting around their playmaker," Hughes told the club website.

The effort, commitment and spirit the players showed, I have to applaud them for

However, he is resigned to losing striker Ryan Noble, 21, who is returning to Sunderland after two months on loan at Victoria Park.

Pools have now gone 18 league matches without a victory but despite that, Hughes was encouraged by their showing against Stevenage.

"The effort, commitment and spirit the players showed, I have to applaud them for and I've seen that on the training field in the past week,"

"Some of the football we played in the first half was very, very good but obviously the disappointments are in the result and the goals we conceded," he said.

"We didn't really play the same football in the second half but we could still have scored a few goals.

"There is frustration about that in the dressing room, but we can build on that first half."

The Scot added: "We've got about five or six real good kids more than capable of playing in the first team and even in defeat, they came up trumps."