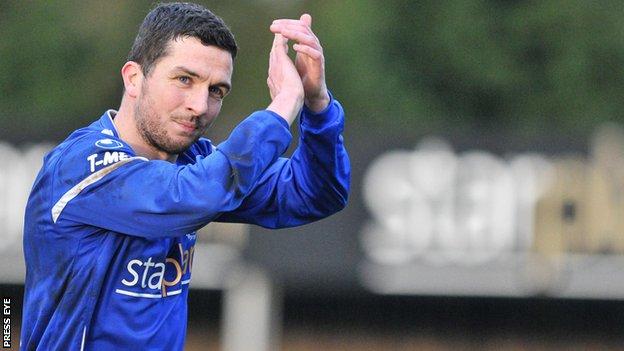 Friars, brother of Dungannon defender Emmett, had been with the Swifts since January while former Linfield player Gallagher had two spells at the club.

Midfielder Friars is being linked with a move to Carrick Rangers in January.

"Sean is at the age where he just wants to be playing every week and I could not guarantee that," said Swifts manager Darren Murphy.

"For JP, it was family reasons. He just needed to be closer to home."

Murphy praised Friars for the part he had played in keeping Dungannon in the top flight of the Irish League.

"His contribution was invaluable. Sean was a great professional and easy to work with," added Murphy.

"He did not want to sit on the bench, he just wanted to play, so we agreed the best thing for both parties was to release him.

"JP has been a fantastic servant to this football club over the years."