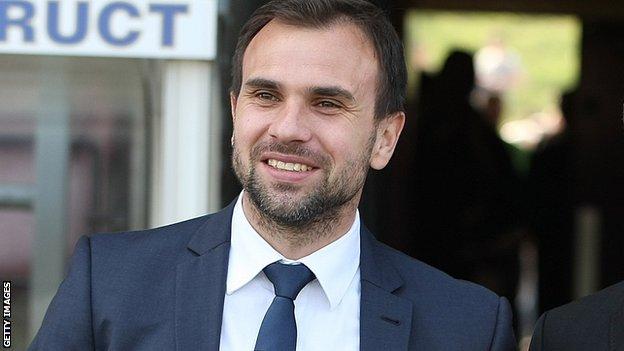 Plymouth Argyle manager Carl Fletcher has described his side's as a "big relief".

The Pilgrims recorded their first win in 10 matches, having not tasted victory in any competition since

"It's a big relief, and we've got a clean sheet as well which we're delighted with," he told BBC South West Sport after the game.

"The lads were very professional and completely dominated the game."

In recent weeks, Fletcher has praised the performances of his side, even if they have

They had lost eight games out of nine in all competitions, with the only bright point being a 2-2 draw with leaders Gillingham last month.

"It wasn't anything majorly different to what we've been doing in the last couple of months really," added Fletcher.

"We just got that rub of the green and a couple of goals that our performance deserved.

"For a team with a lot of young players out there we looked fairly mature and in control and that was the pleasing point for me."