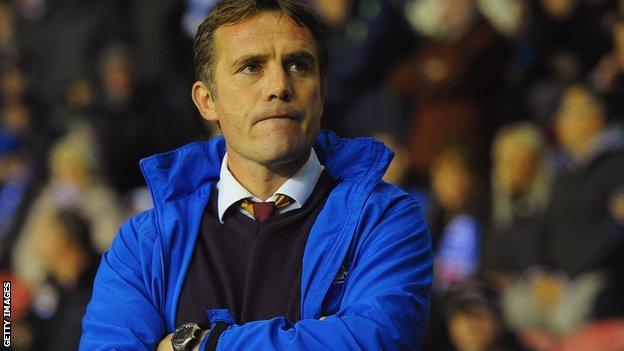 Bradford City boss Phil Parkinson believes home support will be key to his side's hopes of pulling off a shock win over Arsenal in the League Cup.

The Bantams host the Gunners in Tuesday's quarter-final after knocking Wigan out in the last round.

He told BBC Look North: "We have to use the passion of our crowd on the night.

I think in English football the biggest prize is the Premier League title and then after that it's getting in the Champions League and Arsene Wenger has managed that year in, year out

"It'll be a great occasion to have a full house and we have to make sure we have a performance full of commitment and desire."

Parkinson added: "We'll make sure that everyone knows their jobs and responsibilities. The personnel might be different to normal but we know what system they'll be playing.

"We've got the utmost respect for them as a club and we know it'll be a difficult game, but it's one we have to enjoy."

The League Two promotion-chasers currently sit 65 places below Arsene Wenger's side in the league pyramid.

The last time the teams met, Arsenal won 2-0 at Highbury on 30 January 2001 and the Bantams were still a Premier League outfit.

Parkinson, whose side go into the match on the back of a 1-0 win over Torquay, says the Arsenal boss does not deserve the recent criticism he has been subjected to, despite not leading the club to a trophy since the FA Cup in 2005.

"I think at this stage last year they were in a similar position," he continued.

The Bantams have not lost a Cup match since a 4-2 defeat by Watford in the FA Cup third round in January.

"I think in English football the biggest prize is the Premier League title and then after that it's getting in the Champions League and Arsene Wenger has managed that year in, year out.

"Everyone in the game appreciates his achievements because they're up against a lot of clubs who have spent more money than them."

Progress in the League Cup, Johnstone's Paint Trophy and FA Cup, which the club are currently appealing against their expulsion from, means Tuesday's match is the Bantams' 31st competitive game of the season.

The former Colchester, Hull and Charlton boss says the fitness the players built up prior to the start of the season has helped them cope with the situation.

"Our fitness work for this season started as soon as the last campaign ended and we monitored them over the summer and their attitude was superb.

"Credit to them for that. It's paying dividends for us now because the base you build up in pre-season can carry you through."