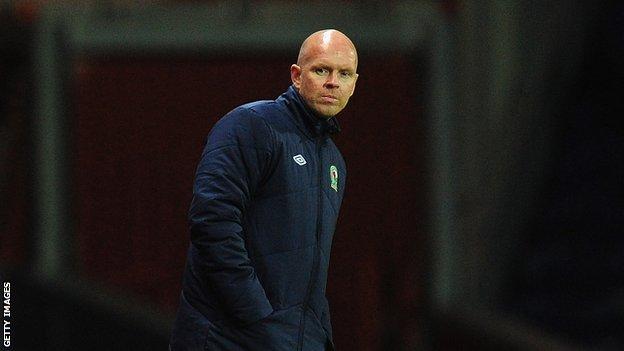 Manager Henning Berg says he is just as concerned by Blackburn's poor home form as the supporters who booed the team off after their 4-1 loss to Cardiff.

Rovers are yet to win at home at Ewood Park.

Berg told BBC Radio Lancashire: "You can understand the frustration and I hope they understand that we share it.

"We are all in it together, but I have the responsibility and there is no way I am going to go away and hide. It's part and parcel of the job."

Cardiff, the Championship leaders, went ahead in Friday's game but were pegged back by Josh King's equaliser.

However, the Welsh side scored three times in the second half to condemn Blackburn to a third consecutive home defeat.

Berg continued: "The players tried their best and were not able to play to their best level.

"We have not been able to use the ball as we know we can, and for us to concede goals like that is not normal either. It was a frustrating night for us.

"When you play a team like Cardiff, who are in good form, we need to be at our very best to win games. We were not at our best and conceded some easy goals from our point of view.

"We scored a good goal and had other chances, but to concede four goals in the game was far too many."

Rovers are 13th in the table and four points from a play-off position.