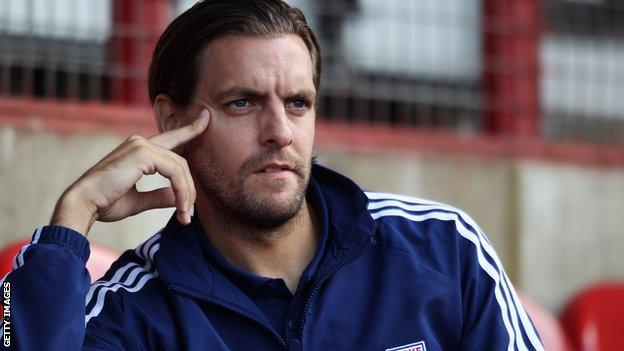 Middlesbrough defender Jonathan Woodgate has denied the club has been "wobbling" recently as they beat bottom-of-the-table Peterborough.

Tony Mowbray's side had lost three of their previous four league games before Saturday's 3-2 success.

They needed a second-half winner from substitute Ishmael Miller to seal the points at London Road.

"We're third in the table. Looking over the last 10 games we're not wobbling, no way," Woodgate told BBC Radio Tees.

"It wasn't easy. We got off to a great start, lead 2-0 and they fought back to 2-2, but we dug deep. They may be bottom of the table but they didn't play like that.

"But you get games like that and at half-time the belief was still there we could get the victory. Sometimes you have to do it that way.

Boro's next game sees them travel to Premier League Swansea in the quarter-finals of the League Cup.

Woodgate, who has missed a number of games with minor injuries this season, admitted he did not know whether Mowbray would risk playing him twice in four days.

"I'll have to see what the manager says and what he wants to do," said the 32-year-old.

"I felt alright in this game but there's a lot of games over Christmas and it maybe we may need to pick and choose.

"It's important I stay fit because at the start of the season I played a few games, three games in six days, and maybe it was a bit too much.

"In terms of the number of games I've played, I'm way down on where I expected to be, because I hoped to play all of them.

"You have to aim high. But at the same time I'm pleased with where the team is."