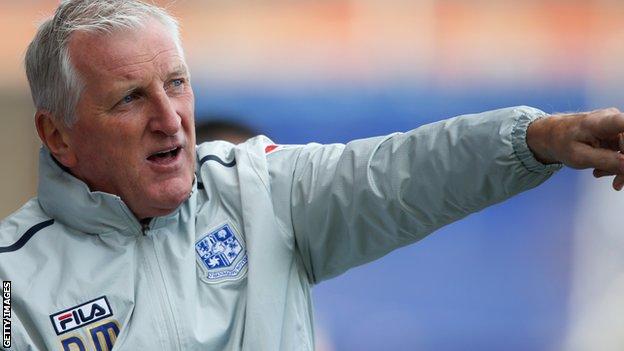 In Rovers took the lead with 16 minutes remaining and conceded an equaliser less than a minute afterwards.

"If you look at some of the goals we've conceded - they're awful. They're not ones that they've had to work for."

He continued: "That [Portsmouth] side was there to be beaten. No disrespect to them, but they've

"We gave them the lifts at the wrong time. We didn't put the knife in and we weren't clinical enough in and around their area. They know they've let everybody down, but there's no excuses."

Tranmere, still top of the table despite their recent blip, have not won at home in League One since on 13 October - a game in which they trailed 2-0 after 29 minutes.

However, they have won an FA Cup tie in that time - against League Two side Chesterfield on 1 December.

Their next two matches are away from home against Sheffield United and Swindon - teams both currently lying in the top eight in the division.