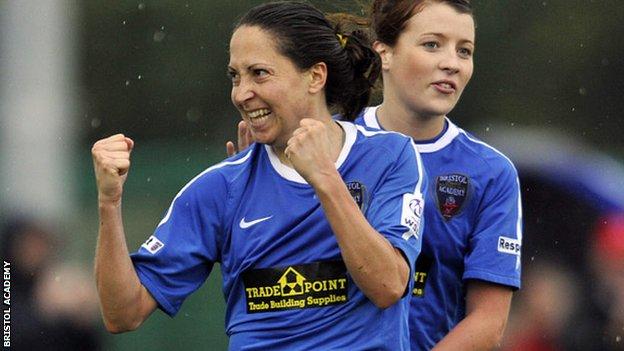 The 30-year-old Spain international impressed in first year at the Stoke Gifford Stadium, finishing as the Vixens' top scorer with seven goals.

"It's fantastic to keep Laura as part of the group for next season," said manager Mark Sampson.

"With the experience of a full year in the English game I believe we will see an even better Laura next season."

Del Rio joins midfielder Jess Fishlock in committing to the club for 2013.

"After working very hard last season it was important we retained the majority of the group," added Sampson.

"Now we have achieved that we can look at adding some fresh faces to help us keep moving forward."