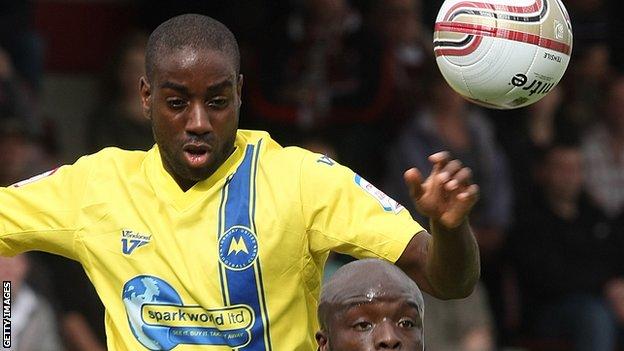 The stand-in skipper was given his marching orders in the first half for elbowing Bradford's James Meredith during the Gulls' 1-0 loss on Saturday.

"I've worked with the kid for eight years and never seen him throw an elbow at anyone," Ling told BBC Radio Devon.

"I'll have to have a look at the video and see if we can appeal because he says he didn't do it, I believe him."

Torquay were undone by former Gulls striker Alan Connell, who came off the bench to hit the winner five minutes before time.

"It was backs against the wall stuff, we stuck at it and it took a wonder strike to beat us," Ling added.

"It would've been a valuable point but it wasn't to be."

Torquay created very few chances after the sending off but Ling was impressed by the contribution of Niall Thompson.

"He did really well, we thought he could stretch them with his pace," said Ling.

"He was unlucky, he made the goal last week and he'll get his first professional goal soon."