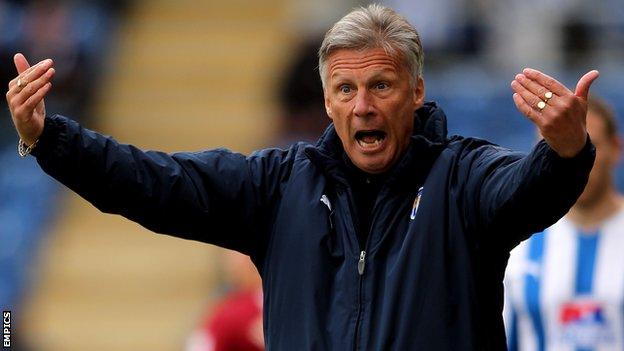 The 61-year-old, is discussing terms with the club after being interviewed at the weekend.

Argyle have confirmed they have made a choice over their preferred candidate.

"From a high-quality field, we have identified the person who best fills the necessary criteria that will take the club forward," a statement said.

Ward was Graham Taylor's assistant at Watford and Aston Villa in the 1980's and took his first managerial job at York City in 1991.

He went on to manage both Bristol clubs and was also caretaker manager at Wolves before joining Cheltenham in 2003.

A spell in charge of Carlisle followed before he took over at Colchester two years ago.

Plymouth have been looking for a director of football since last month, with

"We have begun the process of discussing contractual matters with our preferred candidate and hope to be able to make an announcement regarding his appointment shortly," the statement added.

He had been in the role since Argyle revealed their new board back in January.