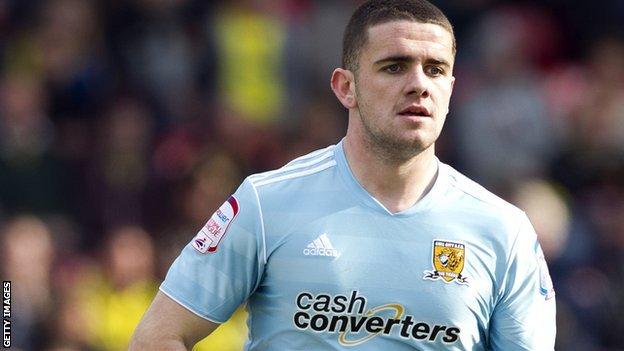 The 20-year-old winger scored the winner in Saturday's 2-1 win at Watford as the Tigers closed the gap on second-placed Crystal Palace to three points.

"There's a lot more depth in the team than there was last year.

"The aim at the start of the season was promotion and I don't think the lads will settle for anything less," Brady told BBC Radio Humberside.

"It's mostly the same lads that were here last year but I just think everyone has got their act together this year.

"We've got a great chance of going up. We're confident that we can win every game we go into.

"We've had a couple of minor slip-ups, but we're in a comfortable position to keep pushing on."

The Republic of Ireland international spent last season on loan at the KC Stadium from Manchester United, scoring three times in 38 appearances.

His goal on Saturday was his first since re-joining the club in November and he is keen to stay with Steve Bruce's side beyond the end of his current loan deal on 2 January.

"I'm just looking to get as many games as I can but I'd love to extend my loan spell further because I'm enjoying myself here," he added.