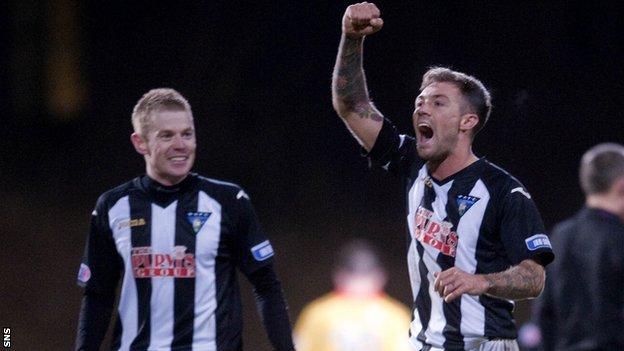 Financially-troubled Dunfermline have unveiled a share issue scheme with the aim of easing cash-flow problems.

The First Division club have had issues paying wages on time twice in recent months, and struggled to pay a tax bill in November.

"The proceeds will enable us to bring ourselves completely up-to-date with HMRC and regularise our position with creditors," said a club statement.

"We also want it to support Jim Jefferies and his team in their drive to progress to the SPL, and to help fund other activities such as the continued improvement in the youth set up at East End Park.

"This is also the first stage in our drive to create greater fans' involvement in the running of Dunfermline Athletic and that's why we would like, right from the start, to get fan participation in the promotion of the share issue," the statement concluded.