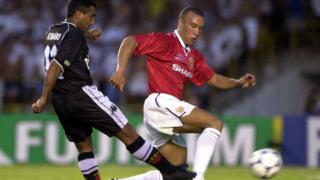 Ahead of Chelsea's first appearance in the Club World Cup in Japan, BBC Sport looks back at how other Premier League sides have fared in the competition.

Manchester United went out at the group stage in 2000 following their controversial withdrawal from that season's FA Cup, but went on to lift the cup eight years later.

Liverpool were beaten by Sao Paulo in the 2005 final.