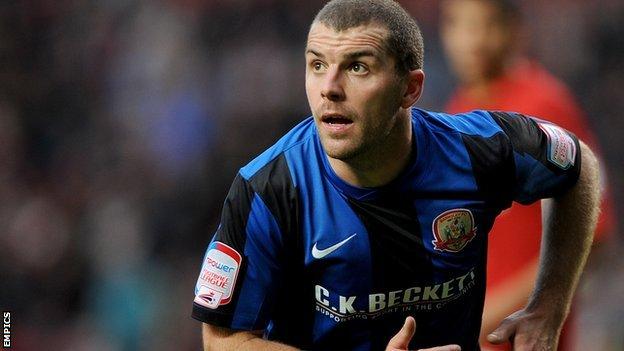 Barnsley midfielder Stephen Dawson has admitted the team have not been good enough in some of their recent games.

The Tykes picked up a valuable point on Saturday with a 2-2 draw at high-flying Leicester but have not won since beating Charlton 1-0 on 20 October.

The 27-year-old told BBC Radio Sheffield: "It hasn't been good enough and we've been really hurting.

"We'd let a lot of people down with our performance at Watford last week but we know we're a good side."

Barnsley host south Yorkshire rivals Sheffield Wednesday this weekend with both clubs in the bottom three of the Championship.

Keith Hill's side sit three points above the Owls, who have lost their last seven matches.

Dawson is hopeful Barnsley can now build on picking up just their fourth point since the win at The Valley - the result at Leicester a big improvement on a 4-1 defeat at Watford seven days earlier.

The former Leyton Orient man continued: "This point has helped us get some of our belief back and sets us up nicely for the derby on Saturday.

"It doesn't matter who we play now, the position we're in means that every game is massive for us,

"If we can repeat that level of performance, then hopefully we can start to turn things around and push up the league."