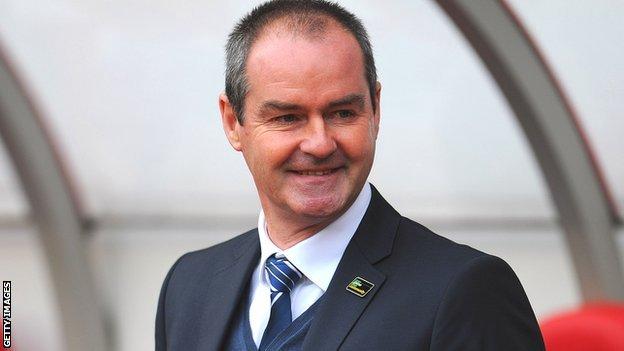 The 49-year-old Scotsman is only the second Baggies boss to win a monthly award in the top flight, following Roberto Di Matteo in September 2010.

Clarke guided the club to four wins in a row in November for the first time in their Premier League history.

Everton midfielder Marouane Fellaini won the Player of the Month after scoring four goals during November.

Fellaini, who joined Everton for a club record £15m from Standard Liege in 2008, has helped the Toffees to fourth in the Premier League.

"I'm happy but the most important thing for me is the team, the club," the 25-year-old Belgian said.

"Everybody wants to play in the Champions League next season and will work hard for this. I hope at the end of the season we can finish in the top four."

West Brom reached third place in the Premier League after their four successive victories, but have since lost three consecutive matches and dropped to sixth.

"We wanted to start well and try to build on it," said Clarke, who is in his first permanent senior management role after spells as an assistant at Newcastle, Chelsea, West Ham and Liverpool.

"The last three games we've lost, so now it's a different challenge and a different kind of pressure.

"I'm the one that picks the award up but it's the work of my staff and the players, they were exceptional. We had a great run, four victories in a row in the Premier League is difficult to do and this trophy is a little reward for them."