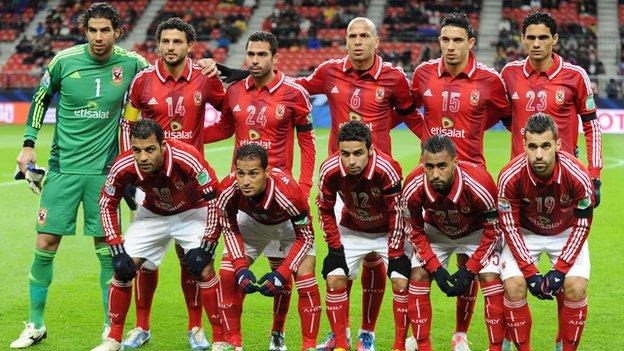 Corinthians full-back Fabio Santos insists that the weather is not the Brazilian side's main worry as they prepare to play Al Ahly of Egypt in the semi-finals of the Club World Cup in Japan.

The two sides face the prospect of snow and freezing temperatures at the Toyota Stadium in central Japan tomorrow.

"At the time of the game we will have many other things to worry about other than cold, which will go unnoticed," Santos said.

The winners will meet either English side Chelsea or Monterrey of Mexico, who play on Thursday, in Sunday's final.

African champions Al Ahly have an injury worry over captain Hossam Ghaly after the former Tottenham midfielder limped out of their 2-1 win over Sanfrecce Hiroshima in the quarter-final.

If he is unavailable, Mohamed Aboutrika, who came on as his replacement on Sunday and scored the winning goal, is likely to deputise in the centre of midfield.

Corinthians, who are the reigning Copa Libertadores champions, are concerned the inclement weather would hamper their prospects against Al Ahly.

The Brazilians are hoping to become only the second side - after Barcelona - to win the competition twice having triumphed in the inaugural event in 2000.

Santos is aware that Wednesday's conditions will be alien to Corinthians, who are playing their first match of this year's tournament.

"It's complicated. It is smoother, more slippery, but as soon as the temperature drops to less than four or five degrees the difficulty is immense with or without snow," the 27-year-old told the club's official website.

"We need to do a good warm-up, put on a sock or two and have that contact with the ball as many times as possible so as to not let our toes freeze.

"We're not used to it but it was a situation that we knew would happen so we are seeking to adapt as quickly as possible."